I’ve long contended that the Mac is the most underestimated of Apple’s crown jewels, lost in the adoration of the iPad and other iOS devices. Sure, there’s room for growth of the iPad, the iPhone, certainly the Apple TV, and, yes, even the iPod. But there’s also incredible room for Mac growth.

Eric Jackson, the founder and managing member of Ironfire Capital, has nailed it in a recent column (http://macte.ch/LaAHk) for “Forbes.” He had this to say: “We know that Apple has focused on the education segment for a long time. The idea is to seed the next-generation of Mac buyers. Admittedly, such a strategy requires patience.  But, with the Baby Boomers retiring, the college kids coming into the workforce in increasing numbers, and a critical mass of Apple products (iPhone, iPad, and TV), there is likely to start to be a rapid increase in Mac usage. The last quarter saw Macs set a new record (3.47 million sold in the quarter) with a growth rate of 33% over the prior year’s quarter. We could see much bigger growth in the next few years.”

How much bigger? According to the IDC and Gartner research groups, Apple has around 10% of the US computer market currently. Of course, that figure would be a lot more if they included iPads, as I think they should. And the Pingdom blog, using stats from StatCounter (based on browser visits to three million websites) pegs the US market share at 15.36%. Globally, the company has less than 5%.

In other words, there’s lots of room for growth. And I think that’s just what will happen. I predict that the Mac will have 20% of the computer market share in the US by 2014 and 10% globally by 2014 (sooner, if those who track such statistics wise up and include the iPad). One important factor: the Mac share in Asia, where Apple is making big pushes lately, is only 1.61%. You can expect that to grow over the next few years.

There are currently four Apple retail stores in China. According to Apple, these are the highest traffic and highest revenue stores for the entire company, and Apple will build its biggest store yet in China in Shanghai.

So keep an eye out for the Mac. There’s no telling how big this thing is gonna get.

Daring Fireball and FontAgent Pro on Your Mac Life 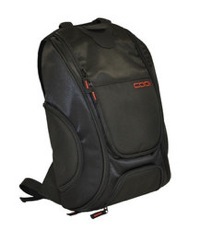