iStoryTime (http://www.iStoryTime.com) has announced its partnership with Yoplait Kids to offer six free children’s books for a limited time on iPad and iPhone. The books are illustrated and narrated, so children can enjoy the book even when parents are busy.

Playrix Entertainment has released Around the World in 80 Days: The Game, its US$0.99, match-3 title adapted for iPhone and iPod touch. It takes players on a journey around the globe. Players travel back in time to the late 19th century and enjoy adventures on land, sea and air together with the English daredevil Phileas Fogg and his loyal French servant Passepourtout.

Media Connect has introduced Jeju Hotel Guide for the iPad. This free tourist oriented application allows users from anywhere to get acquainted with the hotel accommodation possibilities in Koreas southern-most province. The app also serves the duel role of providing travelers with a comprehensive stunning overview of Jeju province’s cultural landmarks, historical significance, and geographical attractions.

Namco Bandai has launched Bird Zapper!, a $0.99 game for the iPhone, iPod touch and iPad. In this match-3 title, players help Skippy the Squirrel zap pesky birds that have hijacked the power lines, causing a power outage in his comfortable home. Swiping the same-colored birds with voltage as they line up will cause them to be zapped and disappear.

Hello-Hello has debuted 11 new courses for the iPhone. The new range of free apps offer 30 conversational lessons based on realistic situations supplemented with hundreds of flashcards containing words and sentences for vocabulary building. The content of the app has been developed in collaboration with the American Council on the Teaching of Foreign Languages (ACTFL). Courses are available in English, Spanish, French, German, Italian, Portuguese, Dutch, Chinese, Japanese, Russian and Indonesian.

Blue Onion Soft has rolled out City Traffic — HD 1.0, a traffic management game for the iPhone and iPad. With four different and unique maps from famous cities of the world, players try to minimize the traffic on intersections, and avoid any crash. City Traffic HD contains various kinds of vehicles from simple city cars to buses, trucks, motorbikes, ambulances and even police cars. Each of the vehicle rushes with different speed and sound. City Traffic — HD normally costs $2.99, but it’s on sale at an introductory price of $0.99 for a limited time.

Obvious Apps is offering Fight for Freedom: One Click to Revolution free for iPhone users. With it you vote for which country you think needs support the most. Then you decide what kind of support that is — a non-violent protest, a small military response, or a large military response. Once the first round of voting is closed on April 6, the user-dictated list will be purportedly be delivered to the UN Human Rights Council and President Barack Obama.

SmileRank Technologies has created Instant Teeth Whitener 1.0 for the iPhone, iPad and iPod touch. The $1.99 app offers a way to see what you would look like with whiter teeth. It automatically detects your smile and naturally whitens your teeth in seconds. You can use your own personal photos or just take a quick picture and have your smile “whitened” in seconds. You will be able to view a before and after so you can see the difference.

CodeCrop has presented Snap 1.0 for iOS devices. The $1.99 turns the iDevice camera into a productivity tool: snap a photo, write as many notes as you want, move them with your finger and the picture is saved with the notes overlaid on it. You can share on Facebook, Twitter or email.

Way Out Ware has served up SynthX, a $9.99 professional grade analog modeling synth that has been designed from the ground up for use on the iPad. SynthX sports a six voice/oscillator synth engine modeled after a vintage ARP synthesizer.

MeMap has announced its self-titled iOS app that enables everyone to see which friends are around and what they’re up to. The free app’s tight integration with Facebook and Facebook Places aggregates all geo-data shared via Facebook through any location-based social network into one map interface.

GoGlyph has announced goGlyph 1.0.1, an update to their free geolocation messaging application for iPhone, iPad and iPod touch. With goGlyph, users are able to create messages and “post” them to their current location. Visitors to that location are able to view messages within 1000, 100 or 10 meters of their current locations. Version 1.0.1 of goGlyph improves international operation and adds the ability to post messages to remote locations.

Galarina has updated WiiPhoto, an iPhone app that turns a widescreen TV into a huge photo frame, to version 1.1. The $2.99 streams photos to a TV in a similar way as the new Apple TV, but uses a Nintendo Wii console as the connected device instead. WiiPhoto 1.1 adds iPhoto ’11 content to the list of supported photo sources, supporting any photo in the Photos app of your iPhone, iPod touch or iPad, for Flickr, Facebook, iPhoto, photos in a Mac folder and SmugMug.

The Green Games has released Bubble Bubble 2 for the iPhone, iPad and iPod touch. In the $0.99 game the fish need to survive, and get bigger. To survive, run away from the evil fish coming after you. As the experience grows, your fish will grow. By completing the evolution of fish, a new character can be chosen.

Legend has OneVoice for the iPad to version 1.1.2. The $199.99 app allows people with communication disabilities to “speak” by selecting icons and phrases to be read by the device. Using the iPad touchscreen, the user communicates by building simple phrases and sentences. 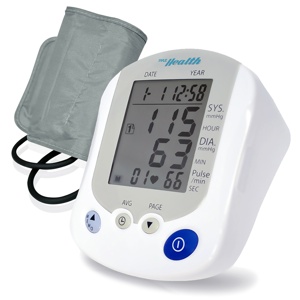