I finally got my iPad 2 on Tuesday, after days of my local Apple Specialist, the Mac Authority, the Nashville Apple retail store, Best Buy, Target and Wal-Mart being sold out. I liked the original iPad, but the sequel is even better.

The original iPad was hardly chunky, but the second gen tablet is even more svelte — 33% thinner and up to 15% lighter than the original iPad thanks to, among other things, tapered edges and a completely flat back. From a practical viewpoint, that makes little difference, but Apple and CEO Steve Jobs do love their slim and trim.

And the iPad 2 is exactly that, despite having the same 9.7-inch, LED-backlit LDC display, same battery life (10 hours, by Apple’s estimate, though I actually get a few minutes beyond that) and other features as the iPad 1. Personally, I would prefer a less thin version with 128GB of memory, but maybe that’s just me.

Alas, the new design makes plugging some accessories in a bit more difficult. The 30-pin connector is more difficult to slide in than on the original iPad, and the audio jack on the top is a bit more awkward. Also, I found it near impossible to connect the iPad 2 to the iPad-compatible iHome iD9 speaker system.
The iPad 2 is also faster, thanks to the new dual-core A5 processor, which is paired with a PowerVR SGX 543MP2 GPU. Apple says the processor about nine times as powerful as the first-generation iPad and its A4 chip. You may not notice a difference in surfing the web, watching YouTube videos, etc. But you will notice the difference when switching between applications and playing 3D games. Check out the excellent Infinity Blade game, which is game console quality thanks to the iPad 2’s ability to push a higher number of polygons and pixels around on the screen.

Also, the iPad 2 has more memory for apps. The original model had 256MB of RAM, but the new version doubles that to 512MB.

Additional iPad 2 features include a built-in gyro (which should result in some really spectacular games) and HDMI Video Mirroring that lets users mirror their iPad screen on an HDTV using an optional US$39 adaptor. The adapter lets you output HD-quality video to an HDTV. The iPad 2’s display can be mirrored on an HDTV at 1080p — or an app can output video to an HDTV at 720p.

The HDMI adapter may be an overlooked gem. When watching video stored on the iPad 2, you can tap a button in the screen’s upper left-hand corner that switches between filling the screen entirely or using letterbox mode. With 720p video, a movie purchased from the iTunes Store looks good, though hardly Blu-ray quality (but that’s another story). Photos also look sharp and vibrant.

The iPad 2 now includes two cameras: a front-facing VGA camera for FaceTime and Photo Booth, and a rear-facing camera that captures 720p HD video. Some pundits have said that the iPad 2 may bring video calling into the mainstream at long last. With the new Apple tablet and FaceTime feature (also available for Macs, iPhones and the latest iPod touches), I think they may be right.

The iPad 2 does nice video, but the still images are pretty crappy. They’re only 720 x 960 pixels – or about 0.69 megapixels. This substandard image quality hardly seems up to Apple’s standards of excellence. Also, there’s no flash, but then I doubt you’ll be using the iPad as a still camera very often.

Photo Booth lets you apply fun visual effects, including eight photo special effects like Squeeze, Twirl and Kaleidoscope, to photos captured by either camera. It is fun, but, just as with the Mac version, I haven’t used it much since the novelty wore off.

The iPad 2 is available in black or white. I have the white, 64GB, non-3G version; I actually wanted a black one, but wasn’t certain when I could get my hands on one, so went with white. There are models that run on AT&T’s and Verizon’s 3G networks.

Apple has also introduced the iPad 2 Smart Cover, which is pretty cool. It protects the iPad 2’s screen (but not the back) while maintaining the tablet’s thin and lightweight profile. Designed with a unique self-aligning magnetic hinge that makes it easy to attach and remove, the new iPad 2 Smart Cover automatically wakes iPad 2 when it’s opened and puts it to sleep when it’s closed.

When holding the iPad in your hand, the hinge of the Smart Cover “sticks” to the left-side back slope, while the top folds over the iPad 2’s glass to protect it from scratches. It’s a pretty clever design. What’s more, the Smart Cover has a soft microfiber lining to help keep the screen clean.

The Smart Cover also folds into a stand for typing or viewing videos and is available in polyurethane for $39 or leather for $69 in a range of colors, including a (PRODUCT) RED one which helps support the Global Fund to fight HIV/AIDS in Africa. The Smart Cover is a bit pricey, but, still, I went for the light brown leather one, which I found to have a clean, classy look.

The iPad 2 comes with iOS 4.3, which sports such new features as faster Safari mobile browsing performance thanks to the Nitro JavaScript engine; iTunes Home Sharing; enhancements to AirPlay; the choice to use the iPad side switch to either lock the screen rotation or mute audio (thank you, Apple for listening to user requests); and Personal Hotspot to share an iPhone 4 cellular data connection over Wi-Fi.

New iTunes Home Sharing allows the iPad — and other iOS 4.3 users — to play music, movies and TV shows on an iPad, iPhone or iPod touch from their iTunes library on a Mac (or PC, if you must) over a local Wi-Fi network. With a tap you can enjoy all the media in your iTunes library wherever you are in your home. You can stream a movie from your Mac in one room to your iPad in another or stream an iTunes mix to your iPod touch from the office to the kitchen. It’s a very, very convenient feature.

There have been some reports of “backlight bleeding” near the edges of the screen when watching dark video, but I didn’t experience this problem on my iPad 2. Some have also lamented the lack of a Retina Display on the revved tablet, but I wasn’t disappointed as I wasn’t expecting it (now with the iPad 3, that will be a different story). The second gen iPad has the same 1024 x 768 display as the original iPad.

What’s more, iOS 4.3 includes enhancements to AirPlay, the breakthrough wireless technology that allows users to stream music, photos and video to Apple TV. With iOS 4.3 you can stream additional content including video from third party apps and web sites, videos from the Photos app and previews from the iTunes app to your TV. AirPlay also allows you to bring your photos to your TV screen by using one of the new slideshow transitions. Or you can shoot a video on your iPad 2, iPhone or iPod touch and stream it directly from the Photos app to Apple TV.

On the downside, those expecting better speakers will be disappointed. The iPad 2’s speakers are tinny and weak. The Xoom has stereo output, so I was hoping we’d see Apple implement this, as well.

Overall, the iPad 2 is thinner, lighter and more powerful than its predecessor. If the original iPad was a winner, this is even winning-er. 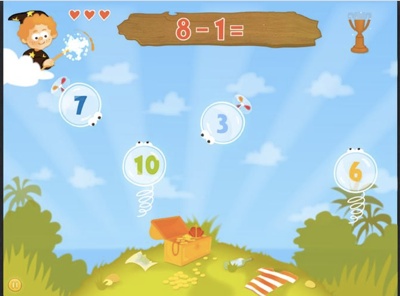