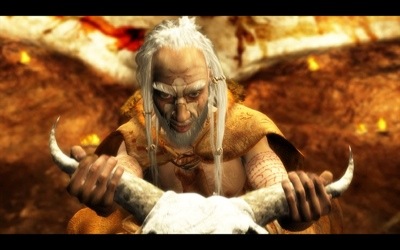 Coladia (http://www.coladia.com) says Secret of the Lost Cavern is now available on the Mac App Store. It requires Mac OS X 10.6.6 or higher and normally costs US$19.99. However, it’s being offered for a limited time for $9.90.

Here’s how Secret of the Lost Cavern is described: “It’s a point and click adventure game, that plunges the player into an inspiring adventure that takes place during the Paleolithic period in prehistoric time, 15,000 years B.C. Delve into a world of exploration and intrigue as you embark on a Stone Age quest filled with puzzles and mystery.

“Experience your adventure through the eyes of Arok and meet many fascinating characters. Contend with the wild world where fishing, hunting, gathering, and mysterious shaman ceremonies are all part of the struggle for survival as you follow the path of your mentor and work with him to recreate the paintings of the renowned Lascaux Cave.

“Also featured is an integrated encyclopedia filled with historically accurate data on the Paleolithic period, and the Lascaux Cave is represented in 3D for the 1st time in a video game. Pristine photo-realistic graphics and environments including rivers, troglodyte caves, and green valleys, will take players back to the dawn of human existence.”