The Khronos Group has released the final WebGL 1.0 specification to enable hardware-accelerated 3D graphics in HTML5 Web browsers without the need for plug-ins.

WebGL defines a JavaScript binding to OpenGL ES 2.0 to allow rich 3D graphics within a browser on any platform supporting the industry-standard OpenGL or OpenGL ES graphics APIs [application programming interfaces]. WebGL has the support of major silicon and browser vendors including Apple, Google, Mozilla and Opera with multiple browsers already shipping with WebGL implementations including the beta releases for Mozilla Firefox 4.0, all channels of Google Chrome 9.0, an Opera preview build, and Safari nightly builds.

WebGL leverages the pervasive availability of OpenGL ES 2.0 graphics on almost all browser-capable desktop, mobile and embedded platforms and the recent developments in Web technology, including the massive increases in JavaScript performance, according to the folksat at the Khronos Group. The ability for Web developers to directly access OpenGL-class graphics directly from JavaScript, and freely mix 3D with other HTML content, will enable a new wave of innovation in Web gaming, educational and training applications and graphically rich user interfaces to make the Web more enjoyable, productive and intuitive, they add.

In addition to the WebGL specification, Khronos has created a WebGL test suite that can be downloaded free of charge. Implementers of WebGL capable browsers can run the test suite and upload their passing test results in order be able to designate their implementations as conformant to the WebGL specification. More details on WebGL conformance tests can be found at www.khronos.org/implementers/webgl/ . 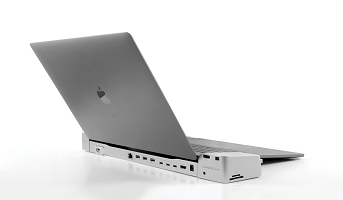 Smartphone downloads from mobile apps to peak in 2013