Orb Factory and EverAge Apps have announced Sticky Mosaics Butterflies 1.0 for the iPad. The US$2.99 app contains a set of four templates that your child can decorate with a collection of sparkling jewels. The more jewels you add, the more your butterfly will sparkle. When you complete each butterfly, the butterfly will “come to life and fly.”

Internet Design Zone has released Cute Alphabets 1.0, an educational app for iPhone and iPod touch devices. The $0.99 app is designed to help parents begin the early education process of their child with the very basics of ABC alphabets.

Sigma Game has launched Dungeons & Coin 1.2.5 for the iPhone, iPad, and iPod touch. This free arcade game charges players with gathering up as many coins as they can by stopping a casino themed slot machine at the right moments to activate the virtual coin pusher’s arms, receive bonuses, and get the highest score possible.

Mupotoon has rolled out MuPoToon 1.0, the second episode of its free, iPhone-based animated political comedy series. The series’ second episode follows Egypt’s ex-president Hosni Mubarak as he is agonizing over the decision whether to resign or hold on to power. The episode also “sheds light on Barack Obama’s much criticized ambiguous position during the recent public uprisings in Cairo.”

VelaClock 1.0 is a new world clock with detailed sun/moon info. It introduces a new user interface with more features versus the original VelaClock, now named VelaClock Classic. With VelaClock users can display the time of sunrise, sunset and three kinds of twilight, moon info, and more.VelaClock 1.0 is normally priced at $3.99, but is being offered for $2.99 until March 5.

Apalon is expanding its lineup of the Dream Home applications by bringing special spring editions for iPhone and iPad. These apps feature a fresh collection of home interiors as well as outdoor spaces designed to inspire every user, home owner and home design enthusiast. The iPhone version is $2.99; the iPad version is $4.99.

Davka Corporation and Redlex have updated Tanach Bible 1.2, a Hebrew Bible study program for the iPhone and iPad, to version 1.2. The $9.99 app supports text searching in English as well as Hebrew, has advanced search functionality, display of Hebrew text with vowels and cantillation marks, and allows users to navigate Torah text by Torah reading, as well as by chapter and verse.

NSN Solutions has announced an update to SnapShot Event Postcards 2.3 for iOS devices. The app lets you custom printed holiday postcards directly from your iPhone or iPad. SnapShot Event adds the ability to choose from birthday, new baby, thank you or other artwork to build your event postcard. Borders or captions can be used on personal photos. SnapShot Event Postcards 2.3 and your first postcard are free. Additional postcards sent to a US addresses cost one credit and postcards mailed to international addresses cost two credits. Additional credits can be purchased for as low as $0.80.

Impiger Technologies has rolled out Greet 3.0 for the iPhone and iPod touch. The $0.99 app not only records your voice and personal scribbles on a greeting card, but offers a selection of picture cards and default text messages. The cards can even be posted on Facebook.

Infinite Dreams has released Can Knockdown 2, an update to their $0.99 game for iOS devices. The app offers game modes, 3D graphics, full Game Center support, and more. In Can Knockdown, you must prove your accuracy by destroying popping-up moving targets and fight against time in the “hit-the-target” mode. 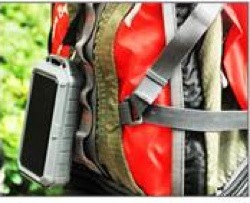 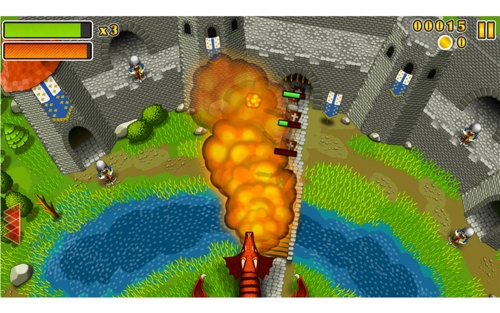