Global femtocell shipments generally met the expectations of ABI Research (http://www.abiresearch.com) analysts in 2010, but one salient exception demonstrates how a simple regulation can impede a market’s growth.

“About 1.3 million femtocells shipped into world markets in 2010,” says ABI Research Practice director Aditya Kaul. “That number is in line with ABI Research’s forecasts. The total could have been significantly higher — perhaps 20% higher — were it not for the continued low performance of the Japanese femtocell market.”

That low performance can be traced to a simple cause: the Japanese government’s unique requirement that every femtocell be installed by a qualified technician. When those truck-rolls are multiplied by hundreds of thousands of installations, the drag on the market is no longer trivial, says Kaul. Mobile network operators have long called for the removal or relaxation of this rule and the regulator presaged action early last year, but no change has been seen as yet.

Other regions don’t carry that burden, and other markets have been further stimulated by offers of free femtocells from operators. AT&T generated good traction when it started shipping free femtos in 2010. Its reward for the largesse? Customer retention and greater “stickiness.”

“Based on contracts awarded, ABI Research expects 3-4 million femtocells to ship in 2011,” Kaul says. “If operators start shipping femtos to their top 2% ‘data hogs’, that would really drive the case for data offload. Used as strategic tools, femtos not only retain customers but relieve network strain, enable femtozone apps and other services, and partner well with devices like the iPad. We should see that trend start to take off in 2011 or 2012.”

A femtocell is a small cellular base station. The small boxes beam low-power wireless signals to cell phones and relay signals back to the carrier through the subscriber’s high-speed Internet connection. The femtocell incorporates the functionality of a typical base station but extends it to allow a simpler, self contained deployment. Basically, they’‘re miniature cellular towers for the home. 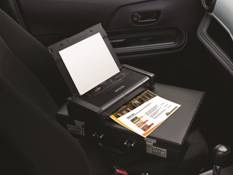