Apple has released its 2011 Supplier Responsibility Report (http://macte.ch/8FRoY), an annual report that looks at how well its suppliers are — or are not — adhering to its code of conduct.
Apple requires suppliers to commit to a Supplier Code of Conduct as a condition of doing business.

The code specifies everything from fair hiring practices and work-hour limits to safe working conditions. To monitor compliance, Apple conducts onsite audits, approves corrective action plans, and verifies implementation. As a result, “worker protections and factory conditions have improved at many facilities throughout Apple’s supply base,” the company says.

“Apple is committed to ensuring the highest standards of social responsibility wherever our products are made,” Apple says. “We insist that our suppliers provide safe working conditions, treat workers with dignity and respect, and use environmentally responsible manufacturing processes.”

Apple says that more than 16,000 workers enrolled in Apple’s SEED initiative in 2010. This computer-based learning program offers classes in English language and in computer and technical skills. In addition, some workers are able to join onsite associate degree programs linked to Chinese universities.

Unfortunately, not all is rosy. According to its 2011 Supplier Responsibility Report, Apple found 91 Chinese workers under the age of 16, the minimum age of work in China, in 127 facilities. One facility alone had 42 underage employees, so Apple says it’s no longer doing business with the supplier. Apple is requiring the other violators to implement new procedures that will be enforced by third-party recruiters.

Apple also found four cases of falsifying audio materials and one case of bribery. Concerning the much-publicized suicides at Foxconn, Apple says two leading experts accompanied Apple Chief Operating Officer Tim Cook and other Apple executives on a visit to the Shenzhen factory in June 2010. This group met with Foxconn CEO Terry Gou and members of his senior staff “to better understand the conditions at the site and to assess the emergency measures Foxconn was putting in place to prevent more suicides.”

Apple then commissioned an independent review by a broader team of suicide prevention experts. This team was asked to conduct a deeper investigation into the suicides, evaluate Foxconn’s response, and recommend strategies for supporting workers’ mental health in the future.

The independent team suggested several areas for improvement, such as better training of hotline staff and care center counselors and better monitoring to ensure effectiveness. Foxconn incorporated the team’s specific recommendations into their long-term plans for addressing employee well- being, Apple says. The company is implementing an employee assistance program (EAP) that focuses on maintaining employee mental health and expanding social support networks. In addition, they have begun the process of expanding operations to other parts of China, enabling workers to be closer to their home provinces. 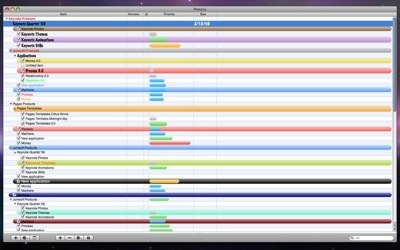