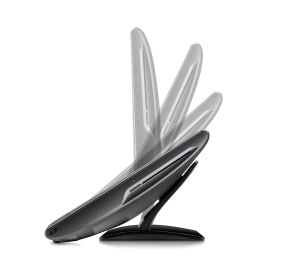 Apple CEO Steve Jobs has said that the use of touch screen technology on Macs will be via devices such as the Magic Trackpad and Magic Mouse, not by touching the screen itself. We’ll see; however, if Apple is planning a touchscreen desktop Mac, the iMac would be the most likely choice. And HP’s new TouchSmart PCs might offer a glimpse at what Apple has in mind.

The TouchSmart Consumer PC and TouchSmart 9300 Elite Business PC sport a 60-degree reclining display, enabling users to adjust the display’s position “for a comfortable user experience.” They recline from upright to almost flat.

Both the TouchSmart610 Consumer PC and TouchSmart 9300 Elite Business PC feature a 23-inch diagonal high-definition display (1080p Full HD widescreen, no less) that reclines up to 60 degrees and tilts forward up to five degrees.

The HP TouchSmart610 Consumer PC went on sale Feb. 9 in the U.S. at a starting price of US$899.99. The HP TouchSmart 9300 Business PC is expected to be available in May in the United States; pricing for it will be provided closer to availability.

The former also has some other features I wouldn’t mind seeing in an iMac, including an (optional) dual-format NTSC and over-air ATSC high def TV tuner that lets you watch, pause, rewind and record live TV. And it also has (sigh) an option for a built-in Blu-ray player.

I doubt that Apple is planning on including a TV tuner or Blu-ray, even as an option. The touchscreen, however, is something I think the company is considering. There are several Apple patents that hint at this.

Patent 20100253638 — for an “Integrated Touch Sensitive Display Gate Driver” — describes a circuit that would switch between display and touch modes, enabling and disabling an integrated touch sensitive display when necessary. Here’s what Apple says about this patent: “Many types of input devices are available for performing operations in a computing system, such as buttons or keys, mice, trackballs, touch sensor panels, joysticks, touch pads, touch screens, and the like. Touch screens, in particular, are becoming increasingly popular because of their ease and versatility of operation as well as their declining price. Touch screens can include a touch sensor panel, which can be a clear panel with a touch sensitive surface, and a display device such as a liquid crystal display (LCD) that can be positioned behind the panel so that the touch sensitive surface can substantially cover the viewable area of the display device.”

There are also two Apple patents — for a “Multiple Position Stand” and “Transitioning Between Modes of Input” — that hint at a touch-screen iMac with an adjustable stand. The latter involves tansitioning between a high-resolution input mode, such as a mouse-based interface, and a low-resolution input mode, such as a touch-based interface, is described. A change of orientation of a touch screen between a first orientation and a second orientation is detected. Transitioning between the two input modes and corresponding user interfaces (UIs) is based on the detected change of orientation.

Though Jobs has said that touchscreens don’t work when they’re positioned in front of a user as on current laptops and desktops, don’t rule ’em out. If Apple made an iMac with an adjustable display, it would allow for a more comfortable touch input method — and perhaps the first touchscreen Mac.

IDC: China’s surge into 5G will spur smartphone next year 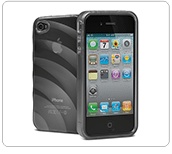