Verizon Wireless, which will begin offering the iPhone today, may sell two million or more of the devices this quarter and draw subscribers. The company started sales at 7 a.m. (Eastern) today.

However, while online sales to existing Verizon users Feb. 3 ended within hours as the company exhausted its stock, there were few lines at stores that began selling the device today, reports “Bloomberg” (http://macte.ch/Q9xhx). The carrier gaining the iPhone will intensify competition in the U.S. smartphone market and curb customer growth at AT&T, Craig Moffett, an analyst at Sanford C. Bernstein & Co., told the publication. The threat of losing users may encourage AT&T to increase subsidies on its devices, which would force other carriers to match the lower prices, benefiting consumers, he added

Verizon will sell nine million iPhones or more this year, Abramsky predicts. Verizon said last month 2011 sales and profit may jump as much as 8%if it sells 11 million iPhones. AT&T, which had exclusive rights for the device since its 2007 release, activated more than 15 million iPhones last year. 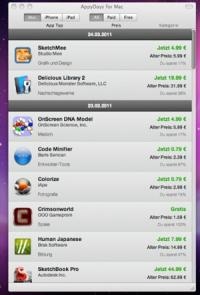