As the tech world waits with baited breath for information on the iPad 2, the iPhone 5 and new MacBooks, much attention has been focused on Apple Chief Operating Officer Tim Cook recently. Mr. Cook is famously filling in for Apple CEO Steve Jobs who is out of the office for health reasons. We wish good health and long life to Mr. Jobs.

All eyes are on the Apple products that wow us with cool features and the sparkle of innovation.  If one looks closely at Apple’s manufacturing operations as the engine of what will soon become the most valuable company in the world, the face of Tim Cook stares back at you.

Mr. Cook has been the supply chain guy at divisions of IBM and Compaq before coming to Apple in 1998. Before Tim Cook, there was a lot of waste at Apple due to a sloppy supply chain where excess parts were wasted and late product releases hampered maximum growth of the company.

When you consider that the parts for an iPhone come from as many as a dozen separate suppliers, and the lead time for manufacturing parts is sometimes longer than anyone would like, it makes Mr. Cook’s job tricky. The first order of business is making a close estimate as to the numbers of a certain product you think you can sell. Then, a complete and accurate list of all parts is required. Then you price the parts at every dependable parts supply manufacturer you can find, worldwide. You set quality and scheduling requirements and sign contracts to insure delivery.

Then the magic of the “just in time” supply chain comes in. The theoretical perfect situation is where every single needed part is supplied to the assembly plant, just in time to be used, without shortages or excess parts ending up in storage. Considering the real world situation of natural disasters, labor strikes, parts with quality issues, shipping issues and the time required to put together the final products, you have a quite complicated situation. Mr. Cook, it seems, is a master at making the manufacturing orchestra play with every musical part in perfect synchrony.

The problem with oversupply of parts or products is that you often have to discount excess inventory that over-saturates the market. The problem with short supply of killer products is that people won’t wait forever to get the newest iPhone they really want. They buy an Android phone that is both cheaper and more available. How sad for both Apple and the poor Android owner.

Tim Cook comes to the rescue. Mr. Cook makes forecasts that tend to be pretty darn savvy about how many of a certain Apple product they will sell. That forecast tends to be higher than just about any Wall Street analyst and normally hits the sales numbers on the head.

Sometimes, Steve Jobs does such a good job of selling a killer new product the demand far exceeds the supply and additional parts are rushed to the assembly plant and they push production to the limit to meet demand. When a new product replaces an old product the supply of existing parts needs to be evenly used up to avoid waste. Some spare parts need to be reserved for repair and distributed to that network, as well.

When you consider the logistical variables in the Apple supply chain and then know that Apple can draw down the inventory of a major product like the MacBook Pro in a matter of a couple of weeks, to a few days, you see how tight a ship Mr. Cook runs. Rumors are that he can run inventory down to as little as 16 hours anticipating a launch of a new product.

One factor in Apple’s competitive price points on products like the US$500 iPad is the famous bank account balance. Apple currently consumes close to half the world supply of certain chips and electronic parts needed to make the current products. Mr. Cook famously bought up a future supply of flash memory anticipating tight supplies and allowed Apple to sell iPods when the competition was scrambling to find parts for such duds as the Zune.

Recently, Apple disclosed another, even larger, advanced order for some parts Mr. Cook thinks will be both critical and in short supply, which justified almost $5 billion dollars being paid up front. Some have speculated that Apple is cornering the market on 10-inch HD LED iPad screens for future “retinal displays” on their slate computers. This may actually be some other flavor of touchscreen display that Apple has had a hand in inventing.

Sometimes vertical development is wise. That is when a company like Apple gets into making their own parts. This closes the window for competitors when the parts are Apple to the core.  The Apple designed and manufactured chip set for iPad locked out competitors until Intel finally got with it and started selling similar chips for touchscreen computers just recently.

I searched the US Patent & Trademark Office database and couldn’t find a single patent issued to Tim Cook’s name, but the contribution he has made to making Apple what it is today, is tremendous. Steve Job’s confidence in the man speaks volumes.  Mr. Cook is also on the board of directors at Nike. Last year Apple paid Cook $59,000,000 compared to $1 to Steve Jobs.

Information regarding Mr. Cook’s personal life is scarce. He is a graduate of the MBA program at Duke and is known to be a workout fanatic. Mr. Cook is also a workaholic and gets his staff out of bed very early to interface with the oriental supply chain. While Steve Jobs is the public face of Apple, Mr. Cook is the power behind the throne. While he isn’t another Steve Jobs or Jonathan Ives, he does something very important behind the scenes that allows Jobs and Ives to focus on creating incredible new products. 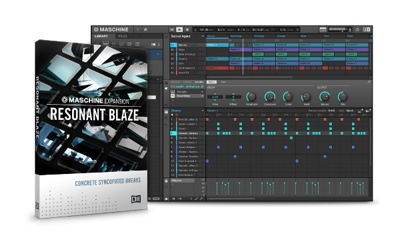