Shipments of Android-based smart phones reached 32.9 million, while devices running Nokia’s Symbian platform trailed slightly at 31.0 million worldwide. But Nokia did retain its position as the leading global smart phone vendor, with a share of 28%. Apple had 16% market share compared to 16.3% in Q4 2009. However, the number of iPhones shipped rose from 8.7 million to 16.2 million from Q4 2009 to Q4 2010.

The fourth quarter also saw the worldwide smart phone market continue to soar, with shipments of 101.2 million units representing year-on-year growth of 89%. The final quarter took shipments for the year to fractionally below 300 million units, with an annual growth rate of 80% over 2009.

In Q4 2010, volumes of Google OS-based smart phones (Android, OMS and Tapas) were again boosted by strong performances from a number of vendors, notably LG, Samsung, Acer and HTC, whose volumes across these platforms grew 4,127%, 1,474%, 709% and 371% respectively year-on-year, according to Canalys. HTC and Samsung together accounted for nearly 45% of Google OS-based handset shipments.

The United States continued its reign as the largest country market in terms of shipments, at more than double the size of the Chinese smart phone market. RIM recaptured first place from Apple, as the latter experienced its usual US seasonal dip, and RIM benefited from the first full quarter of shipments for the BlackBerry Torch, says Canalys. HTC successfully maintained its third-place ranking in the US for the third consecutive quarter, driven by its speed to market with the latest Android updates and new Windows Phone 7 devices.

“The US landscape will shift dramatically this coming year, as a result of the Verizon-Apple agreement,’ said Canalys Analyst Tim Shepherd. ‘Verizon will move its focus away from the Droid range, but the overall market impact will mean less carrier-exclusive deals, while increasing the AT&T opportunity for Android vendors, such as HTC, Motorola and Samsung.’ Android was by far the largest smart phone platform in the US market in Q4 2010, with shipments of 12.1 million units — nearly three times those of RIM’s BlackBerry devices. Windows Phone 7 devices appeared too late in the quarter to take full advantage of holiday season purchasing. As a result, Microsoft lost share in the United States, from 8% in Q4 2009 to 5% in Q4 2010.”

Noodlesoft releases Hazel 4.1 for the Mac 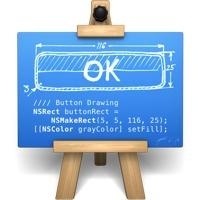