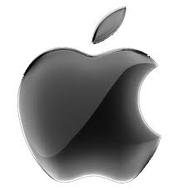 Apple could cause “serious disruption” in the mobile payments space if it enters the field as reported, say analysts. Rumors Apple is planning to embed Near-Field Communications (NFC) technology into its next-generation iPhones and iPads. Such NFC-enabled systems would let users pay for purchases by waving their mobile devices near payment terminals, notes “Computerworld” (http://macte.ch/ESy4k).

Similar contactless payment technologies have been around for years and have been received with lukewarm support at best by consumers. What’s likely to make Apple’s entry into the space vastly different, however, is its huge base of 160 million iTunes users, Gartner analyst Avivah Litan told “Computerworld.”

That base gives Apple the ability to operate largely as a “closed payment system” with minimal need to interface with credit card companies and banks, she said. “They can largely shut out credit card companies if they choose to,” and operate in much the same way that PayPal has done in the virtual world, Litan added. “I see Apple as being a PayPal on steroids,” she said.

Gwenn Bézard, an analyst with the Aite Group, told “Computerworld” that the big advantage that Apple has in this increasingly crowded space is that it already is a processor of mobile payments.

Already, “tens of millions” of iTunes subscribers are using their accounts to make payments for songs and iPhone apps, per the analyst. By NFC-enabling Phones and iPads, Apple will essentially be giving such customers the ability to use their iTunes accounts to pay for a whole lot of other things as well, Bézard told “Computerworld.”