Greg’s bite: What if Apple assembled its products in the USA?

On the day iPhone is likely to be announced for Verizon, a study I found looking at the profound effect on the US economy of Apple outsourcing assembly of iPhone to China is particularly interesting.

Can you believe Apple CEO Steve Jobs could put Apple on track to hire as many as half a million Americans who are currently out of work, while only marginally decreasing Apple’s stellar profits? Jobs could add over US$10 billion a year to the national payroll simply by bringing assembly of Apple products home. Our government should make such a move as easy as possible by making the US employer environment more conducive to such a move.

I did an article recently on Apple’s industrial footprint in China. While the subject of that article was the nature of Apple’s business dealings with contractor assembly companies and their employees in China, another issue came to light recently in a study done by the Asian Development Bank Institute, located in Japan.  See http://www.adbi.org/files/2010.12.14.wp257.iphone.widens.us.trade.deficit.prc.pdf . On its face, Apple’s decision to “import” fully assembled iPhone from China increases the US trade deficit with China by 1.9 billion dollars per year.

That number isn’t really as bad as it sounds, as the actual money paid by Apple for assembly in China was estimated to only be about $6.50 each. While that totals only $73.5 million, trade deficits are calculated upon the total assembled value of the product being exported. While $73.5 million dollars a year is enough for most of us to live on gracefully, it is not the 1% iPhone purportedly contributes to our trade imbalance with China, a figure commonly bandied about.

It is well known that iPhone — and for that matter just about everything Apple makes and sells — is assembled in China. The bottom line at the world’s second largest company has swollen in part due to a business plan that keep prices down by sending assembly jobs overseas. The accounting for purposes of calculating our trade deficit with China is a bit deceptive. The truth is, with a profit margin of over 60% on an iPhone, Apple could hire Americans to assemble iPhone and still make a tremendous profit. Would that be hard to do? Yes, but the positive results for the United States would be profound and certainly survivable by Apple.

Based upon 2009 sales numbers of 11.4 million iPhones sold over seas, Apple could have added  $5.7 billion to US exports that year. With sales of iPhone soaring, these numbers are just a fraction of what is expected this year. With US assembly costs rising to an estimated $68 per US iPhone from the $6.50 per Chinese iPhone Apple would still make a 50% profit.

If you figure, based upon global sales of 25,000,000 iPhones alone, sold in 2009, at $68 per iPhone, the US economy would have seen 1.7 billion dollars added to the national payroll that year. Rough numbers indicate that if Apple took a slight hit on its bottom line on the iPhone and only made a 50% profit instead of 60% by moving assembly of iPhone to the US they could have hired 68,000 Americans who were out of work.  Isn’t 50% gross profit pretty darn good?

If you rerun the iPhone numbers based upon current estimates of up to 60,000,000 iPhones to be sold this year, at $68 per unit, Apple could add over four billion dollars to the American payroll and hire 163,000 assembly workers by simply assembling the iPhone in the USA.

If you add the iPad to the situation, based upon similar numbers, if Apple makes 65,000,000 iPads in 2011 they could hire over 300,000 Americans by moving iPhone and iPad assembly alone to the USA and add up to 10 billion dollars to the US economy in salaries. Adding Macs to the numbers could add even more. I suspect the hit on the stock prices of Apple wouldn’t be that hard, as the Wall Street buzz from making such a move would be overwhelmingly positive.

If Apple moved assembly to the US, some people would be grateful and buy Apple instead of products from companies that assemble their products in China. Could increased sales and an improved US economy make this move by Apple a wash economically? I think so, but I am not an economist. Were Apple to do this, federal tax credits and concessions by states willing to make the Untied States and their state a more congenial host for employers would be required.  Congress should figure out a way to move US jobs back to the USA.

Jobs should discuss Apple’s terms for moving assembly of its product to the USA with President Obama. With unemployment and the economy putting him over the barrel, the Apple CEO could play his hand well to obtain concessions and tax advantages to move jobs from China back to the USA.  Imagine at the end of an Apple event if Jobs were to say: “Oh one last thing, we at Apple are grateful for the American dream that our success represents. We have decided that while it might hurt our bottom line a little bit, Apple is committing to begin the process of moving our product assembly lines back to the Untied States and making Apple a ‘Made in the USA’ company.  If you like that idea, could you please buy Apple stock and help us finance that?”

ARM CEO: no reason for Apple to buy us 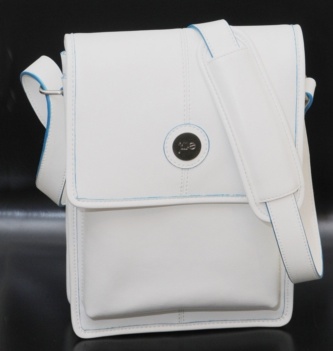