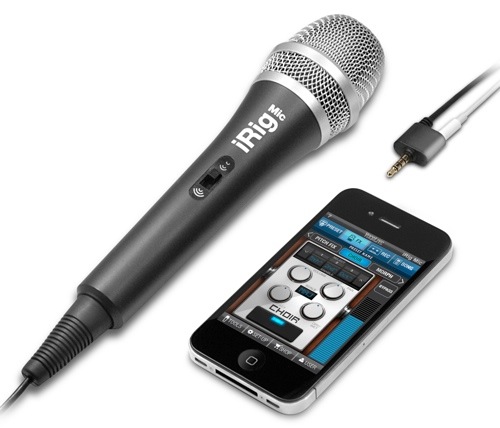 IK Multimedia (http://www.ikmultimedia.com) has announced the iRig Mic, a handheld quality condenser microphone for the iPhone, iPod touch and iPad, designed for all vocal and mobile sound needs. You can pre-order it now for US$59.99.

iRig Mic is designed especially for the singer, vocalist and songwriter on the move, as well as for recording speeches, instruments, performances or any other sound sources in the studio, on stage or in the field. Its sports an unidirectional electret-condenser microphone capsule that provides quality recording, in both close mic and long distance mic conditions, and real-time monitoring with its dual mini-jack connector.

A three-level gain switch makes it adjustable for any sound pressure condition from soft speaking to loud playing. The iRig Mic can be mounted on any mic stand, leaving the iOS device free for app operation.

Entries sought for ‘Made with REALbasic Showcase’