Those of us who are looking intently at the various operating systems out there that can run on smart phones and slate computers are keenly aware of the surge in usage of Google’s Android.

All is not well in that platform, as users are likely to find out, especially as time goes on. While there are benefits to the open source software concept, the devil is in the tendency for divergent flavors of operating software to be developed, that lead to incompatibility issues in various hardware configurations. These problems sometimes can’t be fixed by adjusting the software and will basically render recent hardware obsolete, within months of release. This is not good for any platform.

Currently there are already four versions of Android out there — Android 1.6, ViewSonic 2.0 and ViewSonic 2.1 and the 2.2 Froyo Android configurations — likely to be seen on a slew of new tablets. This does not even take into consideration the tweaks various hardware companies have made to Android to run on their phones. Google has Android OS 2.3, called “Gingerbread” in the oven while Honeycomb 3.0 is just showing up in the new Motorola tablet. Are you confused yet?

This incompatibility issue is showing up in Android phones already, and I predict it will be even more pronounced in slate computers running the new Android Honeycomb OS. Piper Jaffray analysts figure Android will soon run on a third of the tablets and half the smart phones out there, so this issue is huge and threatens to break the back of Google’s advance. Microsoft’s profound failure to provide a viable slate computer OS on time, really opened the door for Google.

While an app written for Apple’s iOS are likely to work across the board hardware wise, a new iOS update comes out and, suddenly, issues show up that require tweaking the app to make it work seamlessly on the new system. Apple makes sure an app that runs on iPhone will also run on iPad in the dual platform mode. That will not likely be the case on Android’s platform. The new Android OS flavor for slate computers is called “Honeycomb.” Motorola, according to rumor, has a 90-day exclusive on it.

Slight tweaks under the hood in an OS allow different memory chips, microprocessors and graphics processors to do their job better, but these minor changes might not work as well or at all in a different device. Having a dozen different manufacturers producing Android phones is both a dream and a nightmare for Google’s Android OS team.

Rules are written to insure platform compatibility, then these rules are routinely ignored. Break the rules in an iOS app and it may get bounced by Apple until the app complies with Apple’s iOS standards. Break an OS compatibility rule in Android and post the app on any of half a dozen independent app stores and who knows or cares until users complain, and then what?

Even Microsoft, with its tiny Vista 7 Mobile OS app store demands strict adherence to protocols they have defined. Android is sort of like anarchy while Apple’s iOS store is a dictatorship.  While there are plenty of issues and complaints about Apple’s hammerlock on apps it accepts, the compatibility of iOS apps and the lack of piracy make writing apps for Apple a more likely source of income for developers. Microsoft has been the leader in throwing incompatible software out the door. Remember the Windows Vista, Windows 7 and “XP compatible” lawsuits?  Even now, the recently introduced Kin phones are obsolete as they won’t run Mobile Vista 7.

At the end of the day, having written an app that is going viral but mostly stolen, instead of being paid for vs a smaller number of app sales that pay like a slot machine are the two fundamental choices developers have to make. While as many as 90% of apps running on Android worldwide are pirated, with the developers getting nothing, the rate of piracy on the Apple iOS app program is an insignificant, tiny number.

The RIM PlayBook slate computer coming out soon at Sprint (ouch, writing the word “Sprint” creates pain in my members from vivid memories of torture at their hands) has no GPS chip.  As I read the specs on the unreleased and unpriced “PlayBook,” I noticed the lack of GPS.

Sure enough, as I read up on PlayBook at the RIM web site, I found some notes hidden in customer service feedback files that confirms PlayBook will find locations by triangulating cell towers and comparing WiFi sources. That sucks. I remember the iPhone 1 and the rather poor navigation system it had. There is no substitute for GPS.

The PlayBook is rumored to have serious battery problems and perhaps that is one reason they left the GPS chip out. While GPS chips cost something, they are not so expensive they can’t be included in a high-end device. Make no mistake, the RIM PlayBook will not be cheap and, still, it will have a crappy location system.

Frankly, I am of the opinion the PlayBook is facing a poorly defined market. While calling the PlayBook a business device, it features games and applications that are clearly consumer oriented. Calling a device a business tool perhaps justifies a price point civilians won’t pay and only a business can afford. PlayBook is clearly not the iPad killer the PC world is seeking. With the iPad 2 just around the corner and no iPad 1 killer in sight, Apple has lapped the competition and is laughing all the way to the bank. 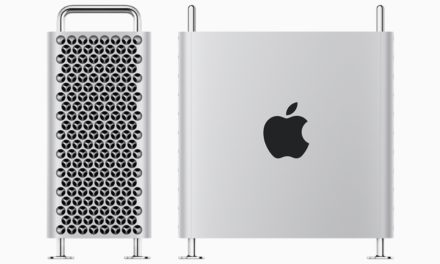 With the Mac Studio, is there a need for an Apple Silicon Mac Pro? 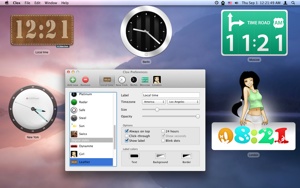 Clox lets you add a clock to your Mac desktop