IBM recently unveiled the fifth annual “Next Five in Five” — a list of innovations that have the potential to change the way people work, live and play over the next five years. The Next Five in Five is based on market and societal trends expected to transform our lives, as well as — not surprisingly — emerging technologies from IBM’s Labs. Here’s the fourth and final part of our look at what IBM predicts — and how this might affect the Apple world.

Innovations in computers and data centers are enabling the excessive heat and energy that they give off to do things like heat buildings in the winter and power air conditioning in the summer. Can you imagine if the energy poured into the world’s data centers could in turn be recycled for a city’s use?

Up to 50% of the energy consumed by a modern data center goes toward air cooling. Most of the heat is then wasted because it is just dumped into the atmosphere. With new technologies, such as novel on-chip water-cooling systems developed by IBM, the thermal energy from a cluster of computer processors can be efficiently recycled to provide hot water for an office or houses. There’s no reasons Macs couldn’t be in on this.

A pilot project in Switzerland involving a computer system fitted with the technology is expected to save up to 30 tons of carbon dioxide emissions per year, the equivalent of an 85% carbon footprint reduction. A novel network of microfluidic capillaries inside a heat sink is attached to the surface of each chip in the computer cluster, which allows water to be piped to within microns of the semiconductor material itself.

By having water flow so close to each chip, heat can be removed more efficiently. Water heated to 60 degrees C is then passed through a heat exchanger to provide heat that is delivered elsewhere.

Also, imagine your commute with no jam-packed highways, no crowded subways, no construction delays and not having to worry about being late for work. In the next five years, advanced analytics technologies will provide personalized recommendations that get commuters where they need to go in the fastest time. Adaptive traffic systems will intuitively learn traveler patterns and behavior to provide more dynamic travel safety and route information to travelers than is available today, says IBM.

IBM researchers are developing new models that will predict the outcomes of varying transportation routes to provide information that goes well beyond traditional traffic reports, after-the fact devices that only indicate where you are already located in a traffic jam, and web-based applications that give estimated travel time in traffic.

Using new mathematical models and IBM’s predictive analytics technologies, the researchers will analyze and combine multiple possible scenarios that can affect commuters to deliver the best routes for daily travel, including many factors, such as traffic accidents, commuter’s location, current and planned road construction, most traveled days of the week, expected work start times, local events that may impact traffic, alternate options of transportation such as rail or ferries, parking availability and weather.

For example, by combining predictive analytics with real-time information about current travel congestion from sensors and other data, the system could recommend better ways to get to a destination, such as how to get to a nearby mass transit hub, whether the train is predicted to be on time, and whether parking is predicted to be available at the train station. New systems can learn from regular travel patterns where you are likely to go and then integrate all available data and prediction models to pinpoint the best route. 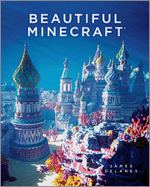