In its fourth quarter “Touch Panel Market Analysis,” the DisPlaySearch research group (http://www.displaysearch.com) says the worldwide touch screen industry is on track for more than 30% year-over-year (Y/Y) growth in 2010. The report includes shipment and revenue data for the first half of 2010 and estimates for the second half of the year for 32 leading touch screen suppliers.

“Despite the worldwide economic downturn and sluggish recovery in 2010, total touch panel shipments had almost 30% growth in 2009, and this segment is on track for healthy growth again in 2010,” says Jennifer Colegrove, PhD, Vice President of Emerging Display Technologies for DisplaySearch. “Penetration of touch screens in medium and large-size electronic devices such as mini-note/slate personal computers and gaming is rapidly increasing in 2H’10.”

The mini-note/slate computercategory is the fastest growing application for touch screens in 2010, with 6.3 million shipped in the first half. Touch suppliers are very optimistic about this application, with more than 20 million units planned in the second half of the year. There is uncertainty about the timing, as some shipments may be delayed to Q1’11. A majority of the mini-note/slate computer touch shipments are from Wintek, who led in the segment, followed by TPK Touch Solutions.

Other key findings from the Q4’10 “Touch Panel Market Analysis” update include the following:

° Touch screen growth differs by region, due to the differing focus by touch screen technology and customer base. Taiwan is the leading region in terms of shipments and revenues. According to a DisplaySearch survey, Taiwan’s share of worldwide touch screen shipments accounted for 43.5% in 2009. Taiwanese suppliers, especially in projected capacitive, are benefiting from the growth in mini-note/slate coomputers. Capacity expansions are under way for 2011 as well.

° Touch controller IC suppliers in the US and Europe are reaching record high shipments in 2010. The controllers are critical for touch solutions in mobile phones and slate computers.

° Optical imaging touch is evolving, as suppliers work with LCD panel makers to try to reduce the bezel thickness, in the hopes of increasing adoption.

° A dramatic example of optical imaging touch can be seen in the Microsoft Kinect, which will increase shipments by three to five times, if the product sells as well as Microsoft forecasts.
ITO replacement materials are being used in touch screens in 2010.

° Infrared type touch screens were adopted by e-books in 2010.

° In 2010, projected capacitive is expected to become the leading touch technology in terms of revenue. 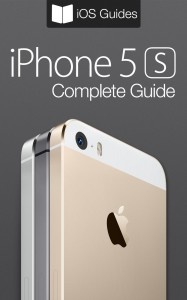