Fandango, provider of the nation’s most widely-used mobile moviegoing applications, today announced its new, and free, Fandango app for the iPad. It refines features of Fandango’s previous apps, and adds new ones, including: “The Pulse,” a visual representation of the company’s hottest ticket sellers, viewable in both list and map formats; movie reviews from professional critics and film fans alike, plus movie-related tweets, all on one large Multi Touch screen; map integration that knows a moviegoer’s location and helps her find titles, theaters, showtimes and tickets; expanded video, photos, trailers, clips and exclusive interview features that take advantage of the large, high-resolution HD display.

Aquafadas has released myComics for the iPhone and iPad. It lets you view comic book files in PDF, CBZ, CBR, ZIP format using an optimized reader. Your books are rendered on shelves. myComics for iPad lets you organize your files by author, publisher and collections making your library very easy to browse. Transferring files to your BookShelf can be done by using iTunes or over a WiFi connection. myComics for iPad supports Bonjour as well as standard HTTP and comes with an integrated web front-end to edit your files’ metadata and transfer them over HTTP. myComics also supports the AVE file format, a new digital comics format already used by AveComics to distribute rich content, with Guided Reading, Localization, and multimedia enhancements, for which authoring tools will soon be available by Aquafadas.

IngZ has introduced 365 ThingZ to do: Austin, a free iPhone app bringing Austinites and Austin visitors an all-encompassing guide of what to do from local expert Kristy Owen, author of the “365 Things to do in Austin” blog. With the new app users receive all the capabilities and content of touringZ as well as new features such as deals around town, which gives people the ability to sort by deals including happy hour specials and sales.

LoveSmarts is a new, $0.99 STD virus and bacteria killing app game and gives information about STDs and contraception. It also provides a zip code based emergency contraception directory from Princeton University to get help immediately.

JeTap has introduced iRedeemer 1.0 for iOS devices, a free app that let iOS users redeem iTunes Gift Cards, gift certificates, or AppStore promo codes. Simply enter the promo code in the text field of the screen and press the “Redeem” button. iRedeemer will take care of contacting the iTunes server and automatically start the iTunes Store with the code already pre-populated.

OneLamp Studios has unveiled Math Easy HD 1.0 for the iPad. Developed to provide young children with a digital arithmetic learning utility, the $2.99 app uses games with graphics to teach users basic math skills. To help celebrate the winter holidays, Math Easy HD will be discounted by 40% percent for both Christmas as well as New Years.

Third Street Software has debuted Sente, an academic reference manager for the iPad. It lets you take your entire reference library with you anywhere and acquire new references with a single tap from many sites. You can download PDFs to your library with another tap. Sente Reference Manager for iPad 1.0.6 is $19.99. There’s also a free version of the app called Sente Viewer that provides read-only access to synchronized libraries. Because Sente Viewer is read-only, it is only useful to people who use the desktop version as well, which the full version of Sente for iPad can be used without the desktop software.

ARZ Associates has revealed Resolutions 2011 for the iPhone, iPod touch and iPad. It’s a $0.99 app to set up and track New Year’s personal resolutions.

The new Upbeat Workouts for Runners ($2.99) uses the accelerometer in the iPhone or iPod touch to measure the rate at which each foot comes in contact with the ground, while beats-per-minute data for each song in the user’s music library is automatically loaded into the app through his or her G3 or wifi connection. The song titles are then matched to a proprietary database where beats-per-minute data is maintained for nearly 10 million songs.

Brisk Mobile has produced Drake’s Tower 1.0 for the iPhone, iPod touch and iPad. In the $2.99 game, you must protect Drake’s Tower from countless waves of enemy fire with Drake’s ingenious inventions. There are 50 levels and an abundance of weapon types. Drake’s Tower also supports OpenFeint and Game Center integration.

National Geographic has brought dinosaurs into the digital age with the release of its $5.99 iPad application “Ultimate Dinopedia: The Most Complete Dinosaur Reference Ever.” It’s an interactive iPad encyclopedia with entries on more than 700 dinosaurs, featuring comprehensive data, narration, artwork and 3D videos.

Graphiclife has published The Big Picture Book for the iPad, iPhone and iPod touch. The $2.99 application is primarily designed to educate and entertain youngsters and is packed with 83 high-resolution images divided into six categories describing everyday objects such as animals, food, vehicles and colors. The Big Picture Book also sports text and audio localized into seven languages.

Davka Corporation has produced Talmud Keys 1.0 for the iPhone and iPod touch, an $2.99 app for beginning Talmud students. Talmud Keys includes more than 500 of the most common Hebrew-Aramaic words, expressions, and abbreviations used in the Talmud, complete with English translation in a dictionary format. Users can browse through the word listings, view the words and phrases in alphabetical order, or search the database in Hebrew or English.

Daniel Farrelly is offering Progressions 1.0 for iOS devices. The $1.99 app allows anyone to store, organize and transpose simple chord charts, enabling a musician to use their device as a customized music display. Users only need a basic understanding of chords for this app to transform the way they store their written music. Charts are entered as completely free text, and can include song lyrics, notes about the song and much more.

FrogDogMedia and The Jim Henson Company have served up What Do Doozers Do? Fraggle Rock Kids’ Book. Based on the award winning TV series Fraggle Rock, this $1.99 book app features hand-drawn illustrations. Pages can be turned automatically or manually depending on the age and preference of the user. The app also includes highlighted text to help beginning readers make associations between the words they hear and see.

The A2rt development has rolled out Hyper Facts 1.0 for the iPhone. It’s an $0.99 open data informative app. Users are able to look up any fact, or even look up a famous person. Once they find a list of articles, the user can see links to relative topics or even a link to the Wikipedia article.

Diatche Software has introduced Setlist Metronome 3.0.1 an update to their $0.99 musician’s tool for iPhone, iPod touch and iPad devices. The user can set the time signature and then tap the device to set the tempo. Increasing or decreasing the tempo is also done to ensure accurate tempo settings. Setlist Metronome allows also to save settings and create a metronome specifically for a certain song.

Say hi to Natural Wisdom and Audio Affirmations for the iPhone, iPod touch and iPad. Written by Kari Hohne, Inspired is based on her experiences using the power of nature to coach individuals and organizations to reach higher productivity. To bring users closer to the nature, the concepts are provided with audio affirmations, tribal and earthy sounds that include drums, prayer bowls and chants. Inspired is available for an introductory price of $0.99.

NIC, a provider of official eGovernment services, has launched the first iPhone application for the Bureau of Alcohol, Tobacco, Firearms and Explosives (ATF). The free app includes the agency’s history from the early days of prohibition to its present position at the frontline of fighting violent crime. In addition, the application uses GPS to locate more than 300 field offices nationwide, and allows users to sign up for newsletters on a variety of topics published by the ATF.

DK has published new travel guide apps based on the popular Top 10 series. The first five DK Top 10 Apps, available for iPhone and iPod touch, feature the cosmopolitan cities of London, Paris, New York, Rome and Barcelona. The apps incorporate DK’s in-depth content along with geo-tagged mapping and a location-based “Inspire Me” feature. The apps are US$16.99 each.

Gerald Aquila has released Firetask for iPad 1.0. The $9.99 project-oriented GTD task management app builds on the strengths of the iPhone version and extends it by adding selected concepts and features of the Mac version. Firetask explicitly organizes all tasks into projects. Using the new iPad version’s Organize view, users can review and organize their tasks during their weekly GTD reviews.

Dexetra has introduced SpeedSense 1.0 for the iPhone. The $0.99 app was built to help users gain insights into their own personal driving patterns. It provides details, apart from the entire analytics, regarding the trip and the driving info.

MediaFriends says its HeyWire real-time social messaging hub, which simplifies communications for people around the world, is now available on the iPad. Users of the Apple tablet can take advantage of the free text messaging (SMS) service for both local and international texting from a real phone number, while allowing for social network interaction with friends through HeyTweets (Twitter via SMS), Facebook Chat, and GTalk. HeyWire, which adds messaging to the iPad experience, is optimized with HD graphics and works over Wi-Fi or 3G.

Fabrication Games has unleashed Bugfest 1.0 for the iPhone and iPad. Featuring hand-drawn graphics, it’s a $0.99, single player game in which players get to act as bouncers at the annual Green Bug Festival and squish any bugs trying to crash the party. You must use your bug-blocking fingers wisely while chasing more than 15 achievements through the use of OpenFeint and Game Center.

The Times Square Alliance and Countdown Entertainment, organizers of Times Square New Year’s Eve, along with their partners, Toshiba and Livestream, have given us the first official Times Square Ball App specially designed for iOS and Android mobile devices. The free app is designed to put you in the middle of the New Year’s Eve festivities in Times Square, no matter where you are in the world.

Camzy has conjured up Magic Symbol 1.0 for iOS devices. The $0.99 app is based mathematical algorithms hidden from users, making possible to successfully guess which symbol the user is thinking of. This is basically a trick, but it’s perfect to show to friends. Users are asked to think of a number, execute a couple of simple operations and the result is their new number.

Apphaus Design has given us The Real Life Adventures of Mabel & Lulu, an original children’s interactive digital picture book series with over 100 discoverable touch-based animations. It’s $0.99 for the iPhone/iPod touch version and $2.99 for the iPad version. 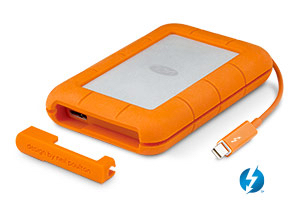 DigitalOverview training CDs 50% off during MWSF 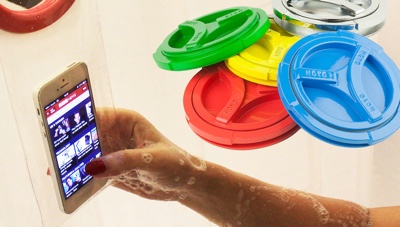