Wulven Game Studios has released Santa Slaughter 1.0, available for free on the iPhone, iPad and Facebook. In the game, Santa’s village is under attack, and it’s up to him to stop the evil monsters in this 3D first person shooter.

Beansprites has introduced Dark Woods 1.0, a fantasy game for the iPad. In the US$3.99 game, you explore five worlds with various themed layouts, and battle creatures from magical mushrooms to creepy trees and bats.

Pumpkin Approved has debuted Goo Goo Zoo 1.0 for the iPhone, iPod touch and iPad. It’s a $1.99 children’s game that features baby animals reacting to touches. Each animal has an identifiable baby action that it performs when touched. Animal names are displayed on screen to help children learn to identify them.

Freeverse is offering the new Flick Winter Carnival for the iPhone and Flick Winter Carnival HD for the iPad for free. In the game you combine strength and trajectory to demolish stacks of milk bottles in Bottle Smash. Try your luck at looping rings onto bottles in Ring Toss, and test your reflexes in the Old West Shooting Gallery. Stop by the Photobooth to frame up photos of you and your friends as Santa Claus or Frosty the Snowman, and consult with Voltar the Wise to have your fortune told.

The gang at Mobz Technologies was able to sneak on the North Pole Express and capture some sounds from Santa’s secret village. The put some of these sounds in a free iPhone edition. The rest of the sounds are in the $1.99 iPad edition.

Studio Sutara has produced RinseNRelay for the iPhone. The $0.99 app lllows tracking the latest status of the dishwasher and sending text messages to notify to all the added contacts including kids, roommates, spouse and parents. Are the dishes in your dishwasher dirty or clean? RinseNRelay allows users to track the dishwasher status and is aimed as a replacement to the dishwasher magnet, with added functionalities.

Just in time for the holidays, Gamez 4 Touch has announced Musical Lights Lite 1.2 for iOS devices. It’s a $0.99 virtual light display. Users create scenes in the app by adding lights, then adding music to the finished display. The display responds in time to the music when the power switch is flipped. Example displays are included to help with design ideas. Completed designs can be sent to others from within the app, so family and friends can compete for the best outdoor light shows.

The new Pearson’s Vocabulary Central app ($2.99) for the iPhone, iPod touch and iPad is designed to help reinforce basic grammar and writing skills in entertaining ways, through interactive songs, trivia games, and flashcards. Students work with flashcards to build their understanding of specific vocabulary words. Each flashcard provides an explanation of the word, a model sentence, synonyms and antonyms, word families, and background information, all with accompanying audio.

L’Escapadou has released Draw with Stars 2.0 for the iPad and iPhone. Draw with Stars! lets you draw with animated stars, using colors extracted from the famous painting “Starry Night” by Vincent Van Gogh to create animated drawings. The app is also packed with sound effects. This version adds the ability to share drawings via Twitter, Facebook, or email. To celebrate this release, the app will be free for seven days.

Fidel Lainez has updated TiltShift Video for iOS devices to version 1.2. The $1.99 app lets you apply the tilt-shift effect directly to videos recorded with an iPhone 3GS/4 or iPod touch (third and fourth generations), achieving the “miniature loo.” During the whole editing process, the app provides a constant feedback of how the video will look like with the current settings. Version 1.2 includes optimizations, as well as several new features.

Fellsware has introduced Ski Vertical 1.1 for iOS devices. The $0.99 app offers a way for skiers and snowboarders to record their daily and season total number of vertical feet, time and distance skied. At the same time Ski Vertical will play the users choice of music for riding a lift, skiing or waiting for friends. Ski vertical also allows you to compete with your friends to see who skis the most vertical, regardless of what ski mountain your friends are on.

Silverware Software has unveiled TravelTracker Pro 5.0, an update to their travel itinerary and flight status app for the iPhone and iPad. It has the capability to manage all aspects of your travel. You can track flight status along with all of the other items of a trip including hotel reservations, car rentals, cruises and dinner reservations to name a few. New enhancements continue the tradition of this essential tool.

Broadsword Publishing has updated Attack Kumquat HD, a iPad game, to version 1.0.2 for iPad. It’s a $3.99, physics-based fruit-squishing game in which the player must create mechanical linkages, causing a chain reaction that squashes the kumquat, a small orange-like fruit. Players release a metal ball that interacts with bombs, trampolines, boxing gloves, cannons, magnets, rope, weights, scissors, and scaffolding to squish the fruit. HD gameplay takes place in the arctic, jungle, and Grand Canyon through 54 levels.

Sinusoid has updated Audio Kit for iOS devices to version 1.4. The $4.99 app is a collection of four tools for those working in audio, sound and music: a real time spectrum analyzer, a scope to display waveforms, an SPL meter, and a signal generator producing sine waves, white noise and pink noise. Users can view a real time spectrum of audio, identifying peak frequencies, as well as view the actual waveform of the audio signal and more.

Mobisle has rolled out Criminals 1.1 for iPhone and iPod touch users. It’s an update of the $0.99 app that transforms your iPhone into an advanced fingerprint reader that finds a match in its database. Criminals is designed to let you pull a prank on others. You can customize the criminal record in all its details — from the type of crime (more than 15 editable crime templates) to the criminal’s picture, that can also be chosen from the user’s photo library. 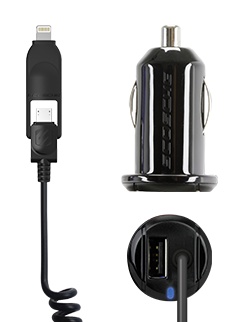 Deals: Wheel of Fortune Deluxe 45% off today only

Apple suit a smokescreen for other introductions?