Greg’s bite: The iPhone/iPad effect on Verizon and AT&T

In the news regarding the smart phone market, as predicted, RIM is reported to have suddenly lost ground in market share at Verizon as rumors of an impending iPhone for the Verizon network swirl.

A sleeper in all this is that the radio chip sets in a Verizon phone are different from the ones that come in current iPhones. Verizon uses CDMA technology, whereas AT&T uses GSM. This means between the two versions of iPhones, Apple will be able to sell phones to almost every cell phone provider around the world, if they want to. It is possible to make phones that are both GSM and CDMA, but it is thought to be unlikely that the new iPhone will be a universal device.

Apple has ridden the AT&T horse into the sunset and, at this point, most of the current AT&T customers who want an iPhone have one. What makes iPhone so important to AT&T is that since they are the only ones who carry iPhone in the USA, they have a hammerlock on the popular phones. That monopoly granted by Apple seems due to be broken. AT&T has gotten a lot of new customers due to iPhone, and that may be reduced, but not entirely ended, by sharing the market and the bandwidth demands of Apple customers.

The problem Apple faces is the surge in the Android phones is in large part due to the similarity in people’s minds between iPhone and Android phones. Seasoned iPhone users are not so easily confused, but it is a serious issue for Apple. A lot of current Android users bought their phones since they weren’t willing to switch to AT&T for any number of reasons.

AT&T has taken a beating over iPhone due to the bandwidth hogs that use them and dropped calls due to a lack of sufficient backside infrastructure. Once your cell phone radio hooks you up, the Internet connection supplied becomes the issue. When there isn’t enough bandwidth to go around, calls get dropped and web sites won’t open.

I have had my share of AT&T problems with dropped calls. I coined the new advertising slogan for AT&T, “no bars in more place,” which they never compensated me for or even acknowledged. I get dropped calls with five bars showing. That isn’t due to radio problems between my phone and the cell tower, but rather backside problems with insufficient network capability. AT&T has worked hard to upgrade the network but never seem to catch up with demand.

Sharing the iPhone “load” with Verizon may be less painful for AT&T than they anticipate for a number of reasons. First of all, not many iPhone users are so angry they are going to be willing to buy out their contract with AT&T and pony up for a new iPhone 4 that will run Verizon.  Secondly, the ones who do bail on AT&T are likely to be the vocal bandwidth hogs AT&T would like to get rid of anyway.  I suspect the erosion of AT&T iPhone customers will be gradual. Also, keep in mind, they are still going to handle the iPhone and some people will switch to AT&T despite the choice of carriers. Verizon has its upset customers, too.

AT&T customers will notice incentives to “re-enlist” in the form of good deals on new iPhones that lock a customer in for at least two years. Also, don’t forget the iPhone 5 that is due late in the spring or early summer. =The switch to G4 networks will further complicate the market for iPhone and other smart phones as well.

Verizon, AT&T and Apple all have one overwhelming priority: making money. It is estimated Apple will sell an additional 10,000,000 iPhones the first year, by opening the market up to a second carrier in the USA. Hopefully, the additional bandwidth Verizon can supply will support that many more iPhones.

The iPad is also a bandwidth hog and that additional smart phone-related product will make Apple products a two-edged sword for any carrier. Competition around the world for Apple radio products is both a blessing and curse to carriers who want to handle their products. Sales go through the roof, but so does bandwidth requirement. Just ask AT&T how much it takes to keep iPhone users happy. 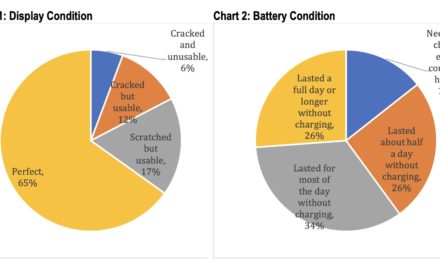 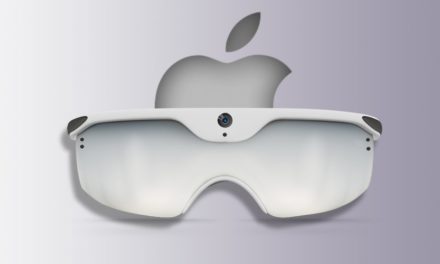 ‘Apple Glasses’ may be able to ‘generate body pose information’

Rumor: next iPod touch to have 5 megapixel camera, FaceTime