TelcoTV 2010, a video conference and expo focused on the US service provider market, has published a study titled “Telco TV Customers: How Keen on Multiscreen?,” which explores US pay-TV subscribers’ attitudes and usage of mobile and online video, and revealed important conclusions about multiplatform TV services. And it makes you wonder if there aren’t some great opportunities for the Apple TV and Apple’s upcoming data center in North Carolina.

“The survey found that a number of pay-TV subscribers were interested in accessing TV shows from anywhere in the world via a computer or mobile device, even if they had to pay a monthly fee of $10 per month for this capability,” says TelecoTV in the study. “The survey also found that out-of-home access to TV services was an important criterion for some subscribers when selecting their pay-TV provider.”

The annual study of US pay-TV subscribers was conducted by Heavy Reading (http://www.heavyreading.com), a research and consulting companies in the telecommunications industry, offering detailed industry analysis to service providers, vendors, and investors. As with previous years, the 2010 study examined pay-TV subscribers’ attitudes and satisfaction levels on a variety of issues, comparing telco-TV services with cable and satellite. It also examined interest in new digital applications and willingness to churn.

“The survey revealed that high price sensitivity remains in the pay-TV market, and for the large majority of pay-TV customers price remains the primary driver for selecting a new pay-TV provider. This is consistent with our findings from previous years as the economic climate remains cloudy,” says TelcoTV. “However, customer satisfaction remained fairly high across criteria, and the average tenure with pay-TV providers is quite long, suggesting low churn.” 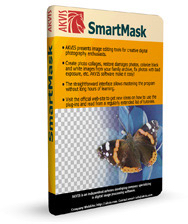