Apple has over $50 billion in cash. CEO Steve Jobs has said the dough is available should Apple decide to make any “strategic purchases.” So what companies might be a good “strategy purpose” for our favorite tech company? Yesterday we looked at Netflix; today we’ll consider AMD.

There are some good reasons why Apple might consider scooping up AMD. Analyst Rob Enderle says Apple could want the company for its Fusion technology, which will be the first blended high performance GPU/CPU part. Enderle notes that Jobs already values the graphics side of his platform more than the number crunching side and this would give him exclusive access to the only blended part in the market — and one that particularly favors Apple’s graphics intensive platforms.

“While Apple has never been a fan of AMD, they actually liked and used ATI a great deal and the idea of getting out from under Intel is likely appealing to them as well,” says Enderle. “Apple likes its suppliers to jump to Apple’s commands and Intel is simply too big and powerful to do that to Apple’s satisfaction.”

The ITProPortal web site (http://www.itproportal.com/2009/2/24/5-reasons-apple-should-buy-amd-now/) also thinks Apple should buy AMD. “Apple only needs three things to secure its hardware future: a stable CPU platform, a proper subsystem (chipset, video chip) and a long term relationship with a flash memory maker,” the site says. “For a mere $1.5 billion, AMD’s acquisition would secure that through its CPU Range, its wholly owned ATI subsidiary and its joint venture with Fujitsu, Spansion.” Also … AMD is worth 20 times less than it was only 36 months ago.

But, skeptic that I am, I don’t think Apple will buy AMD. Jobs & Company have purchased some smaller microprocessor companies and are already designing chips for their iOS devices. I think the company is more likely to take some of its massive cash horde and use it to racket up that aspect of their business — if the company decides it would rather go down that path than work with Intel and/or AMD. And I think that, eventually, Apple will indeed go down that path.

Ditto this reasons for why I don’t think Apple will buy Advanced Micro, ARM, SanDisk or Nvidia. As for rumors that Apple might buy Sony, Adobe, Facebook, Twitter, etc., well, none of those scenarios are going to happen.

Any companies Apple does acquire will be small ones. At least that’s the way the Sellers Research Group (that’s me) reads the tech tea leaves. 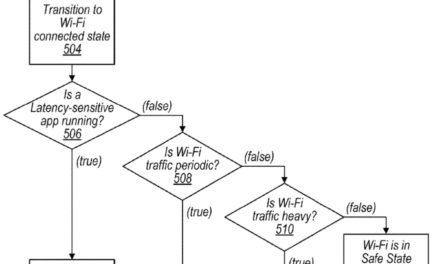