Nielsen: iPhone, Blackberry have 27% each of US smartphone market 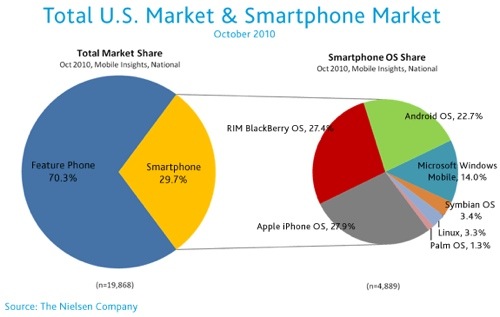 According to October data from The Nielsen Company (http://www.nielsen.com), 29.7% of U.S. mobile subscribers now own smartphones that run full operating systems. The most popular smartphones are the Apple iPhone and RIM Blackberry, which are caught in a statistical dead heat with 27% of smartphone market share in the U.S.

Twenty-two percent of smartphone owners have devices with the Android operating system. When mobile users who planned to upgrade to a smartphone in the next year were asked about their next phone, Apple’s iOS and Android were tied for “most desired” operating system.

Among users planning to get a new smartphone, current smartphone owners showed a preference for the iPhone (35%), while 28% of both smartphone and feature phone planned smartphone upgraders indicated they wanted a device with an Android operating system as their next mobile phone.

Feature phone owners planning to get a smartphone are less likely to have made up their mind about the OS they will choose: 25% were “not sure” what their next desired OS might be compared to 13% of smartphone owners. Those over 55 were markedly less certain than younger mobile users, with 27.8% saying they weren’t sure what kind of device they wanted next, compared to 12.2%of those 18 to 24.

Apple’s iPhone and devices with the Android operating system were the “most desired” among likely smartphone upgraders, with Apple showing a slight lead among those age 55+ , 18 to 24, and 25 to 34. Women planning to get a smartphone are more likely to want an iPhone as their next device, with slightly more males preferring Android. 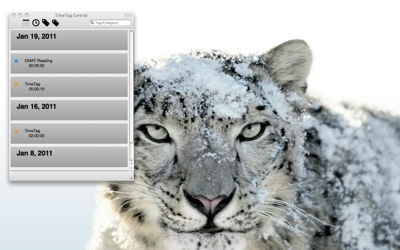