ViewRanger GPS, the outdoor navigation app, has released a Global Open Maps edition for the iPhone and iPad. The app comes with access to a range of global Open Mapping layers from street, terrain to aerial photo and is now available for just US$0.99 for a limited time. It’s usually $3.99.

Binary Dawn Interactive has introduced WordUs2 1.0 for iOS devices. The $0.99 app focuses on entertaining and educational gameplay. Wordsmiths test their acumen as they attempt to guess a mystery word given only the first letter. WordUs2 comes with a dictionary of thousands of words with four game modes. It features OpenFeint integration.

Vision Online has unveiled Easy Group Text 1.0 for iPhone users. The $1.99 app offers users a tool to create, manage and communicate with all of their contacts. Easy Group Text allows for arranging of contact entries into organized groups, each of which can be edited in any number of ways. Users can send an SMS text to any group simultaneously, or choose specific people to send a mass message to.

First Rodeo Software has debuted Face2Face 3D 1.0, a 3D face swapping and blending app available on iPhone and iPod touch. The $1.99 app lets you swap and blend faces within your photos by manipulating 3D models of the faces using the touch interface available on the iPhone.

ZooLu has rung up Ring Reminder 1.0 for iPhone devices. The $0.99 app is designed for those that can’t afford to miss a call. It allows you to set a reminder alarm on your iPhone for any duration from one minute to 24 hours when you need to put your iPhone in silent mode. Ring Reminder runs in the background and doesn’t inhibit the normal use of your phone during the timer.

In collaboration with Jonathan Mann, Cramzy has rolled out Songatron 1.0, their new joint app for iPhone, iPad and iPod touch. Think of Songatron as musical mad libs. It’s a $1.99 song creating robot; say a word and it builds entire song with this word.

Light Year Software has announced Christmas Light Finder 1.0, a new app for iOS devices designed to let you find and preview nearby Christmas light displays. The $0.99 app shows where to go, a preview of what’s there and community ratings.

Occipital has released 360 Panorama 3.0 for iPhone and iPod touch devices. With the $0.99 app, users pan their camera and see the application “paint” the panoramic scene in front of them from live video. The result is not simply a flat panoramic image file, but rather an interactive 360 viewer that allows anyone with an iOS device or Flash-enabled browser to experience the scene immersively.

Chinook Book — a green resource guide and coupon book — now has a high-tech sister: Chinook Book for iPhone ($16), which is described as the world’s first mobile coupon book. Chinook Book owners can now use their iPhone, iPod touch or iPad to save money at local green businesses in the Seattle metro area.
RadioTime, a developer of technology for finding and listening to radio online, has announced the release of a new version of its TuneIn Radio app ($1.99) designed specifically for the iPad. TuneIn Radio for the iPad features an interface that fills the iPad’s screen display and leverages multitasking in iOS 4.0 so users listen to live programs and podcasts in the background while they browse the web and use other apps. Like the TuneIn Radio app for the iPhone and iPod Touch, the iPad version can serve as a DVR for radio, enabling users to record, pause and rewind live radio.

PoQoP has announced ViolentBall 1.1 for iPhone, iPod touch and iPad users. In the $1.99 game players shoot balls to clear blocks while staying alert for dangerous pitfalls. ViolentBall consists of 100 levels. High scoring players have the chance to see their names posted on the OpenFeint leaderboards.

First Flamingo Enterprise has released OpenStreetMap Viewer 1.1 for the iPhone, iPod touch and iPad. The $0.99 app offers a view method of the collaborative, world wide OpenStreetMap project. Users can enjoy full screen imagery, zooming tools, a scale bar and optional location awareness to take advantage of the detailed mappings. OpenStreetMap is a free, editable world map, created and maintained by thousands of volunteers from around the globe.

Maniko has introduced Triplogged 1.1 for iPhone users. The $4.99 app allows users to record audio, text and GPS locations, as well as take pictures and save all of the data together as one file unit. The app provides the necessary tools for users to sync with their Mac or Windows desktop system to share their file creations with others.

Appsymmetry has unveiled Goal Achiever 1.1.1, an update to their $0.99 app for iOS devices. It’s a goal management application. Goals can be organized into categories, broken down into interim steps and viewed on a timeline with photo reminders. Goal Affirmations have been added in version 1.1.1.

Pictional has updated TrueHD, their HDR photography app for iOS devices, to version 2.1. The $1.99 enables you to take two pictures at different exposures, and then takes the best features of each and merges them into one picture. Version 2.1 offers a new “Natural” mode for taking HDR photos with realistic colors, fast processing, and low image noise.

PhatWare has rolled out WritePad for iPad 4.4, a new version of the $9.99 note taking and handwriting recognition software for iPads and iPhones. Version 4.4 is now optimized for new iOS 4.2 and offers document printing, integration with Facebook, and a tweaked user interface.

Vendors Step Up with Donations 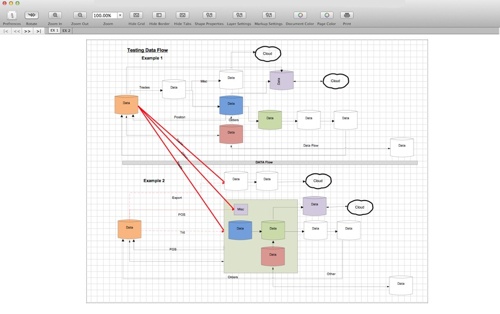