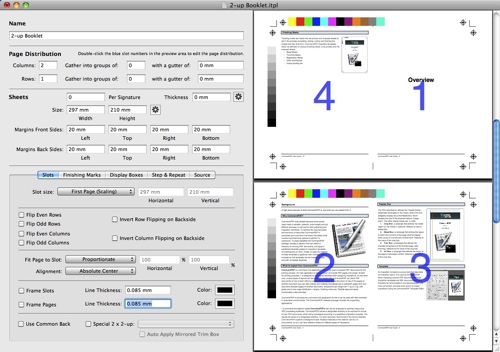 It consists of a graphical user interface app to design and test imposition templates, and two command line apps — one to impose PDF documents according to a chosen imposition template, and a daemon to automate the imposition process. CommandPDF will also overlay the pages of documents on top of each other.

CommandPDF 1.0 requires Mac OS X 10.6. running on an Intel Mac. A single user license is US$199.95. A demo is available for download. Also, aAs an introductory offer SintraWorks is offering CommandPDF 1.0 at 30% off the regular price through Dec. 14.