Products made by Apple, Asus, Brother, and Canon “are typically reliable and well supported,” according to a new poll of 79,000 “tech aficionados” by “PC World” (http://www.pcworld.com/article/211074/the_tech_brands_you_can_trust.html).

° Products made by Dell and Hewlett-Packard often aren’t reliable and well supported, especially if you’re a home user.

° Laptops are slightly more reliable than before, and have fewer serious problems than desktops.

“Apple once again smoked the competition in the desktop, notebook, and smartphone categories, winning high praise from customers in all reliability and service categories,” says “PC World.”

“The Macintosh and iPhone maker did so well that virtually all its scores were above average. Apple’s only average scores were related to the company’s deftness at replacing failed notebook components, and in two areas pertaining to serious problems with the iPhone, the latter perhaps stemming from the iPhone 4’s well-publicized antenna issue that resulted in dropped calls for some users.” 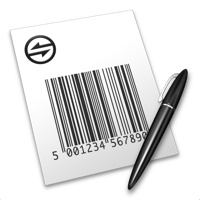