“60 Minutes” is apparently the first primetime news magazine to have its own stand-alone application for the iPad. Content from the television broadcast and online features will be offered on the new app, now available for US$4.99.

Mimvi — a search, discovery and recommendation engine for finding mobile apps (or applications — has announced the launch of a proprietary search and recommendation technology based on cognitive computing for all mobile app platforms.The patent-pending technology has been used to create platform-specific search engines starting with the U.S. market’s three primary “smartphone” players: Apple’s iPhone, Google Android and RIM’s BlackBerry. Windows Mobile 7, Samsung, Nokia and others will follow. These search engines were launched in response to growing consumer demand for a more personalized search experience.You can learn more about the iPhone version at http://www.mimvi.com/apple .

Duck Duck Moose has announced Park Math HD 1.0 for the iPad. Park The $1.99 app introduces early math concepts to children in preschool, kindergarten, and first grade. As children play with Blue Bear and his friends on the playground, Park Math teaches counting, addition, subtraction, sorting and more. The iPad version includes a new third level with counting up to 100 and addition/subtraction with numbers up to 20.

Big Ideas Corp. debuts Say What You See: The Collection, the sequel to its debut iPhone game. Say What You See is a $0.99 puzzle game with a new take on the hidden object genre. Hidden inside each themed canvas, Scary Movies and Books 2 Film are clues in the form of rebus riddles. Users must spot and decipher the 50 clues in each.

Mobjoy Studio has rolled out Cookie Rush for the iPhone. In the $0.99 game, you must help innocent villagers avoid a crumbly end as they flee from the path of a giant steamrolling cookie. Use your finger to tap and strategically place trampolines in front of the fleeing villagers. Only you can help save the villagers by guiding them away from the cookie and into a rescue vehicle.

PhoApps ApS has announced RememberMe? Quiz for the iPhone and iPod touch. The $0.99 app is a quiz game in which questions are generated from the user’s own iPhone/ Pod touch address book contacts. The quiz is time-based and players can choose between three difficulty levels that affect the type of questions presented throughout the game as well as time available. Gameplay includes recognizing photos, fake contacts, names, addresses, work details, birthdays and more.

Glu Mobile has released The Lord of the Rings: Middle-earth Defense, a strategic tower defense game based on the characters and locations from the hit movies and best-selling books. The iPhone/iPod touch version is $6.99; the iPad version is $9.99.

Lunascape has introduced an iPhone version of its browser called iLunascape Lite for iPhone. The free app features desktop-class tab browsing designed specifically for the iPhone, taking into account its portability and small screen area constraints. Up to six multi-tasking tabs can be opened at a time, and it comes with various tab management options.

Terrier Software has released PhotoCross 2.0, an update to their educational game for the iPad. Designed for any kid who likes puzzles, from pre-K through elementary school, the $1.99 generates unlimited crossword puzzles, using photos as clues. Kids will love solving crossword puzzles using photos of their own family members. In version 2.0, parents can use their own photos, or combine them with PhotoCross photos. They can add or delete photos whenever they want through iTunes.

FindScape has announced FindScape 1.6, a object game for iPad users. In the $1.99 app, gameplay involves studying objects in a picture before they are removed and hidden within a new “Scape.” Players then must remember where the objects are in order to win the game.

Flat Earth Studio has introduced Yi Jing – Book of Changes 2.1 for the iPad. One of the oldest books written has been re-crafted to take advantage of the features of the iPad device in this $3.99 app. It includes a question oracle, an integrated journal, and book text in multiple translations and interpretations. New features include a new 4-coin oracle and yarrow stalk oracle, support for copying book text and journal items, enhancements to the Library and Store, and more.

Packing Pro, a travel packing app for the iPhone and iPad, has just been updated to make it even easier to build and manage your packing lists. The $0.99 features a customizable catalog, handy sample lists that can be used as templates and unlimited, customizable packing lists. Version 5.1 introduces safeguards against accidentally adding duplicate items to existing packing lists.

Readdle has unveiled PDF Expert 1.5, an update to its iOS application for working with PDF documents. The $4.99 app creates a PDF annotations summary that lets people overview all highlights, notes and other annotations across the opened document. Version 1.5 extends its PDF annotation capabilities, allowing people to sign necessary documents and fill in PDF files right on the iPad. All annotations are compatible with Adobe Acrobat Reader, Preview or any other desktop viewer. 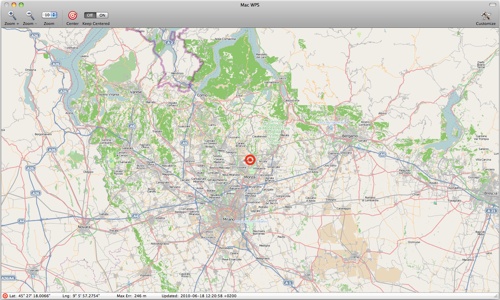