I can’t believe I’m saying this, but I concur with Microsoft on a recent ad in which it takes a dig at the Mac over its lack of Blu-ray support.

The ad pictures a PC laptop running Windows 7 and a Mac laptop on a long flight. The PC passes the time by playing “Avator” on its built-in Blu-ray player. The Mac says “this is so cool,” while watching the Blu-ray version of the blockbuster movie on the Windows PC.

Macs, of course, have no support for Blu-ray playback. And with Steve Jobs’ goal of making us us buy all our media — music and video — from the iTunes Store, they probably never will. And I think that’s a mistake.

Jobs apparently thinks Blu-ray is already obsolete and that the future of movies is in digital downloading. But the facts don’t support this, at least not at the present time. Worldwide Blu-ray player shipments are expected to more than double between 2009 and the end of 2010, and the numbers from ABI Research (http://www.abiresearch.com) forecast continued growth next year, for a total of more than 62.5 million shipments in 2011.

In North America standalone Blu-ray players are expected to reach almost 18% penetration among TV-owning households, up from just over 7% in 2009. As interesting as this estimate is, it’s just part of a larger picture.

“The solid growth in Blu-ray player shipments highlights a trend within the wider consumer electronics market,” says industry analyst Mike Inouye. “Larger, fixed-location devices such as Blu-ray players and flat panel TVs are enjoying rapid adoption relative to many classes of small, portable devices. Specifically, portable gaming devices are leveling out, while we are seeing actual declines in shipments of portable audio players. Digital picture frames are showing only mild growth, and compact digital camera shipments are declining in North America and Japan, though they continue modest growth elsewhere.”

This does make the Mac look, in some ways, like a second class citizen to the PC when it comes to media viewing. Intel has said its next-generation laptop chips based on the Sandy Bridge architecture will be able to play Blu-ray 3D movies while preserving battery life. Sandy Bridge-based Macs could, therefore, include Blu-ray (and USB 3.0) support. The question is, “Will they?”

At the very least, as I’ve said many times before, Apple should at least build the “hooks” into Mac OS X to allow Blu-ray playback even if it doesn’t provide the hardware to do this. Then, at least, third parties such as OWC could offer Blu-ray players for the Mac.

I doubt that’s gonna happen. But I hope I’m wrong. 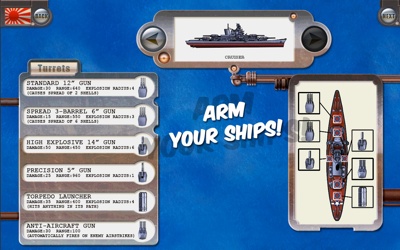