Jobs up for TIME’s Person of the Year, also named a ‘Wireless’ leader

Apple CEO Steve Jobs is a nominee for TIME’s 2010 Person of the Year. You can see the list of this year’s candidates (listed in alphabetical order) below. As usual, TIME’s editors who choose the actual Person of the Year reserve the right to disagree with readers.

Here’s what TIME has to say about Jobs: “Every year, the mercurial head of tech giant Apple seems to outdo himself with another eye-popping, paradigm-shifting product that refuels the brand’s seemingly unstoppable line of highbrow gadgetry. In 2010, of course, it has been the iPad, which sold one million units within a month of its release and further cinched Apple’s grip on the tech market — if not (yet) the media world. With iPad sales now outpacing Mac sales, and Apple threatening to do to online publishing what iTunes did to online music, Jobs’ formula for the future of computing seems foolproof. Yet as Google and its mobile Android software pose bigger challenges to the iPhone’s and iPad’s dominance, Jobs knows he can’t rest on his formidable laurels.”

What’s more, Jobs has also landed at number three on the FierceWireless list of the “Most Powerful People in Wireless” (http://www.fiercewireless.com/special-Reports/top-25-most-powerful-people-us-wireless-2010/3-steve-jobs-ceo-apple-most-powerful-pe?utm_medium=rss&utm_source=rss). “Few if any other American executives are as closely tied to their company’s public and professional identity, or so synonymous with innovation and ingenuity, as Jobs is,” says FireceWireless. “Not just a personal technology visionary, but by all accounts a canny and ruthless negotiator as well, Jobs is above all a merchant of cool — -spearheading a series of trailblazing gadgets that have emerged as must-have accessories for urban hipsters and soccer moms alike.” 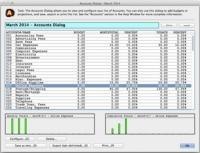