Jobs: hardly anyone was buying the Xserve

French site “MacGeneration” is reporting (http://www.macgeneration.com/news/voir/175852/xserve-pour-ainsi-dire-personne-ne-les-achetait-steve-jobs) that one of its readers emailed Apple CEO Steve Jobs to inquire about the reasons behind the decision to discontinue the Xserve rackmount server.

Jobs reportedly sent one of his succinct replies from his iPhone. He simply said, “Hardly anyone was buying them.”

Apple will continue to sell its rack-mount server product through Jan. 31, 2011, and will continue to honor warranties and support contracts. Apple has posted a Xserve Transition Guide (http://images.apple.com/xserve/pdf/L422277A_Xserve_Guide.pdf).

Every Xserve ships with an unlimited client edition of Leopard Server, offering support for Mac, Linux and Windows clients without the added cost of client-access licenses. Leopard Server sports Server Assistant and Server Preferences, which allow even nontechnical users to quickly manage users and groups on the server and easily set up key services, according to David Moody, Apple’s vice president of Worldwide Mac Product Marketing. 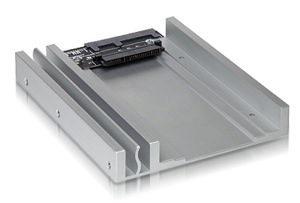