Brits want an iPad for Christmas — if they can afford it

In its annual Christmas shopping survey, Twenga (http://www.twenga.co.uk), a next-generation shopping search engine, asked Internet users what presents they most wanted this Christmas. Topping the wish lists this year is one product in particular, the iPad.

Over half (56%) of the Brits surveyed said that they were wishing for an iPad this Christmas. However, 40% still feel that it’s too expensive to have any hope of one ending up in their stocking.

The iPad’s popularity is also apparent in Spain and France, where 64% and 60% respectively, said that they would like an iPad. Italian users were even more hopeful, with 69% crossing their fingers for one this Christmas.

However, in Germany and the Netherlands, only 41% and 40% respectively, had Apple’s tablet computer on their Christmas wish lists.

With regards to the price, other countries in Europe seem to share the British sentiment that the iPad, despite its appeal, is simply too expensive. Again, Spanish and Italian users feel most strongly, with 48% and 47% respectively, considering the price too high for their budgets.

Twenga asked over 3,000 European Internet users about their Christmas spending budgets for this year and how they intend to spend it. The study by Novamétrie was conducted online for Twenga between Sept. 27 and Oct. 7, using a representative sample of 3,013 European Internet users from the United Kingdom, Germany, France, Italy, Spain and the Netherlands. 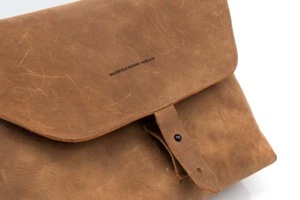