Sophos (http://www.sophos.com) is offering a free Mac anti-virus product for consumers, available to download at no charge, with no time limit, and requiring no registration. Sophos Anti-Virus Home Edition for Mac is available free to Mac home users worldwide.

Based on Sophos’s flagship security software, Sophos Anti-Virus Home Edition for Mac has been released in response to growing concern about Mac malware, says Chris Kraft, product management vice president at Sophos. A recent Sophos investigation into attitudes about Mac security surveyed 640 people, which revealed that 95% expect Macs to be increasingly targeted by malware in the future, he says.

Although malware is more common on Windows than it is on Mac, Apple’s growing market share makes Mac an increasingly attractive platform for malware authors and hackers to target, according to Kraft. Sophos Anti-Virus Home Edition for Mac provides automatic on-access detection that runs in the background, which means Mac users don’t need to run any manual scans to be protected against the millions of viruses, worms, spyware and Trojans in existence.

“Most people don’t know that Apple acknowledged the malware problem by integrating rudimentary protection against a handful of Mac Trojans in Snow Leopard,” says explained Graham Cluley, senior technology consultant at Sophos. “But 95% of those surveyed are convinced that more is on the way,”. “Wise Mac users will secure their computers now, outwitting malware authors — if we make their jobs of infecting Macs difficult, they will go elsewhere to make a quick buck.”

AppleMasters and Adobe on The Mac Show 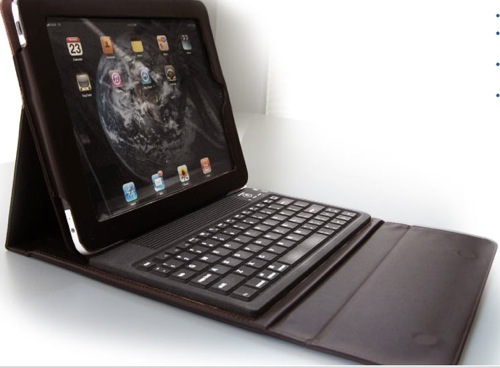 Solid Line to ship leather case/keyboard combo for the iPad