Apple’s US$51 billion in cash and investments is earning a lower return than a typical U.S. savings account, and some investors say CEO Steve Jobs should put that money to better use, reports “Bloomberg Businessweek” (http://news.businessweek.com/article.asp?documentKey=1377-al5MGXgYUUN0-5VFJJCVUNME8VA5O3A8IRG1LP1).

Apple got a 0.75% return on the investments in the past fiscal year, according to a regulatory filing last week. The gain pales next to the roughly 10% investors would have earned from the Standard & Poor’s 500 Index and the Dow Jones Industrial Average over that time, says “Bloomberg Businessweek.” Apple’s stock itself also was a much better investment, rising 60%.

In a conference call with the press and financial analysts in October, Jobs said that the company has a good track record of using cash, saying it’s holding money for one or more “strategic opportunities,” rather than a dividend or stock buyback. For some shareholders, the cash hoard is overkill, especially considering Apple added about $17 billion to its balance sheet last year, though they don’t want a big, overpriced acquisition either, says “Bloomberg Businessweek.”

“That amount of cash is way above what’s needed to have a prudent war chest,” said Keith Goddard, CEO of Capital Advisors, which has $822 million under management, including Apple shares. “It would be a real shame for them to do an acquisition to get into another line of business or dilute something they already have going on.” 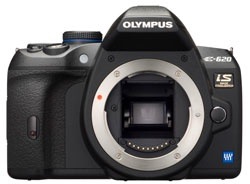