Boinx Software has introduced its latest creation for digital photographers and photo enthusiasts — the PhotoBox iPad application. Designed as a tool for photographers on-the-go, PhotoBox analyzes the technical quality of photos imported from camera to iPad via the iPad Camera Connection Kit.

The free app provides photographers with an on-the-spot analysis of images in terms of exposure, focus, color, and overall look and composition. Post-shoot, photographers can connect their iPads to a VGA projector to show their photos on the big screen for a deeper analysis and critique.

MacPractice iPad Interface with ePrescribe and MacPractice Interface for iPhone may be purchased together for US$800. Doctors will receive a $300 discount with a new purchase of MacPractice. The annual support and enhancements fee for either Interface is $200, and for the use of both is $400. ePrescribe is free to MacPractice clients already enrolled for ePrescribe.

Peach Blossom Media and Swag Soft LLP have teamed up for Sing With Olive 1.0, a $0.99 iPhone app for pre-schoolers. It features eight animated fun-filled nursery rhymes to sing along to, plus an entire set of alphabet flashcards. The app contains songs which include karaoke sing-a-long style lyrics and allows children to sing along.

App4touch has released Tectonic+ 1.0 for iPhone and iPad, an improved version of the app that displays recent earthquakes, hurricanes and tornadoes on a 3D interactive globe. You can move a 3D glove to any direction with a finger. You can use a pinch action to zoom in and out of a particular area of the globe. You will see that earthquakes often occur along plate tectonics. When you purchase the iPhone version, the iPad version is free and vice versa. All updates are free for lifetime. Tectonic+ is available for $0.99 until the end of December.

DEVONthink To Go, the iPad, iPhone, and iPod touch companion to DEVONthink and DEVONnote has been released to the App Store and is now available for $14.99. It lets users bi-directionally synchronize their DEVONthink or DEVONnote databases with their iOS devices and so take all their important documents, email messages, and bookmarks with them. Once synchronized the groups and documents can be browsed, viewed, and searched.

Glu Mobile has rolled out Gun Bros. The free game for iOS devices is set in the not-so-distant future where the “Freakishly Rugged Advanced Genetics Galactic Enforcement Division” (aka F.R.A.G.G.E.D.) develops special agents known as the Gun Bros. Their mission is to free the galaxy from the “Tyrannical Oppressors of Life” (aka T.O.O.L.).

Swag Soft has introduced Kakune Super Flash Cards 1.0, a $0.99 iPhone app featuring a set of more than 170 3D graphics baby flash cards, designed to help babies and toddlers learn new words. Every flash card also comes with a voiceover to let young kids learn how to pronounce the corresponding featured item. Categories can be toggled on and off to design a child’s learning curriculum and an built-in testing feature allows kids to be tested on what they have learned.

Iuri Tarabanov has announced Halloween Catch 1.3 for iPhone and iPod touch users. The $0.99 application is a seasonal game coming out just in time for Halloween. A boy must catch candy being thrown by a ghost then keep from dropping it so the frog monster that chases him doesn’t pick it up and eat it.

The updated Power ZZZ 1.0.1 ($0.99) lets you get that much-needed power nap in on your schedule. It features a built-in sensor that recognizes when you have fallen asleep and allows you to sleep the exact amount of time you wish. Power ZZZ has 18 ambient sound/music selections to choose from.

Beamed 1.20 for iPhone and iPod touch with Game Center Achievements and the weekly bonus level blitz is now available — and free. It’s an optics puzzle game that lets you create networks of colored light beams while learning the basics of color combination, reflection and refraction.

Planet Next has released LivingRoom for iPad 1.4, the newest version of their $4.99 floor plan and interior design app. The app lets users create floor plans, lay out furniture, choose and apply materials, and share the results with one press. It provides a large library of structural and design objects, lets users keep notes for each project, and add custom textures.

IK Multimedia has announced AmpliTube 2 for iPhone, an update to its $19.99 guitar software. It allows users to play, practice and record anytime and anywhere with world-class sound for guitar and bass — but also for any other type of instrument.

Apidrabbit has updated appbzr, its free iOS app, to version 1.3. It’s designed to help organize, discover and share apps. Version 1.3 offers interface improvements that make the app faster and simpler to use.

MultiEducator has introduced Finance Formulator 2.5, an update to its $4.99 finance calculator for iOS devices. It now includes native support for the iPad.

Libero Spagnolini has introduced FaceMan 2.0, a major update to his $1.99 video effects app for the iPhone and iPod touch. It sports 20 PhotoBooth like video effects. Version 2.0 has improved support for front and back cameras, Facebook, Twitter and Tumblr integration, as well as a completely redesigned user interface. 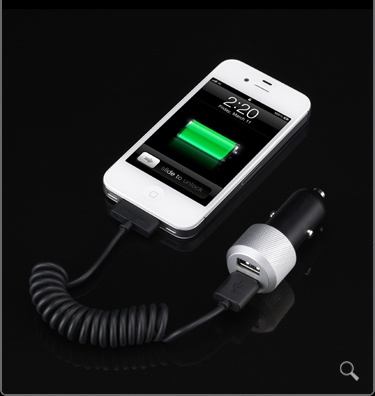