Apple has been summoned by South Korean lawmakers to answer questions about the company’s iPhone- service policy amid complaints from local users, parliamentary officials said.

According to “Bloomberg Businessweek” (http://www.businessweek.com/news/2010-10-13/apple-summoned-by-korea-lawmakers-over-iphone-queries.html), Farrel Farhoudi, senior director for Apple’s iPhone service, will appear in parliament on Oct. 21 at the request of lawmakers led by You Won Il. South Korean buyers of the iPhone have complained that Apple mostly gives refurbished used phones to customers with faulty devices, instead of providing new handsets, free repairs or refunds, says “Bloomberg.” Apple’s local service warranty gives buyers the four options when they have trouble within 14 days of purchase, he said.

Sales of the iPhone passed one million within about nine months of its debut in South Korea. KT Corp., the local carrier for the iPhone, said that 1.02 million iPhones were activated as of Aug. 16.

Furthermore, KT says it expects iPhone sales to reach 1.2 million in early October. The company received 350,000 advanced orders for the iPhone 4, the latest model from Apple, which arrived in the country Sept. 10. 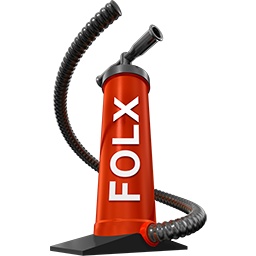 Folx download manger for the Mac gets new interface, more