In what is described as the first of future steps in the institution’s continual development of mobile communications, Peirce College (http://www.peirce.edu) in Philadelphia has introduced its iPhone and Android phone applications for students, alumni, faculty and staff, as well as friends of Peirce and other visitors who want mobile access to resources at the college.

The new apps, which are free, can be run on iPhones and iPads, as well as Droid-powered phones, says Christopher Duffy, chief information officer for Peirce. The genesis of Peirce’s app was the popularity of smartphones and mobile phones among Peirce students, as well as feedback gained from a recent student survey, he adds.

The apps have a number of features that allow users to access: student course lists; faculty and staff directories; campus data; the Peirce College blog. In addition to the College’s blog Peirce Connections, campus overview and directions to the College, users can contact and search for anyone at Peirce. The apps serve as one-stop access to resources at Peirce. With one touch to phone and to email, a student can see who their faculty members, advisors and financial aid specialists are, or their classes and schedules.

During the summer, Peirce conducted a survey among students to gauge their interest in smartphone apps. Students were asked did they have a smartphone or were they planning to buy a smartphone, and if so, which model did they own or would buy. The survey response also confirmed the large and continually increasing number of smartphone users — current and prospective students — who are accessing Peirce’s web site and student portal via their phones.

“Students expressed a growing need for mobile access,” Duffy says. “In our commitment to customer service, Peirce values student feedback and makes a point to listen and assess student suggestions of this kind.”

Peirce is looking at other popular platforms and is planning a BlackBerry release soon. Once all three platforms are in place, Peirce will increase functionality based on additional data from the survey and continue to expand development of its smartphone apps, says Duffy. 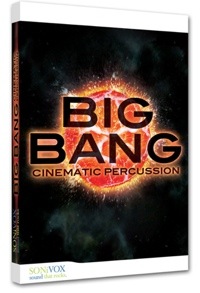