Bome Software has announced the US$1.99 iPhone application After the Beep!, which applies Bome’s powerful audio processing techniques to a consumer mobile application.  The app allows users to record a message, mix their message with highly customizable themes, then entertain their friends and fans with their new message via Facebook, Twitter, email or VoiceText.

Avallon Alliance has released a new version of The Stone of Destiny HD. It´s a hidden object game for the iPad allowing you to share your adventure with your friends on Facebook. You can join forces to overcome the most challenging levels. The Stone of Destiny HD is 75% off for three days, so is $0.99 for a limited time.

Chris Steinmetz has introduced SoundBoard Me 1.0, a free iPhone and iPod touch app with over 40 unique sounds. It can play an unconstrained amount of sounds. There are nine individual buttons, each with randomized sounds.

Croquet, a favorite backyard game, is now available on the iPhone and iPad. The $0.99 game has 3D graphics, realistic gameplay physics, and multiplayer support. With Game Center, Croquet can be played with users all throughout the world.

Carried Away Games has produced Perplexo Seasons 1.0, their first iPhone/iPod touch game. It’s a puzzle game with a touch of Match 3 gameplay, a dash of Sudoku’s pace, and a pinch of Solitaire’s planning. You can try Perplexo Seasons for free and purchase the ad-free, premium version for $0.99.

GlimmerWave Software is offering Beamed, a free optics puzzle game for the iPhone and iPod touch that lets players experience the physics of light with the touch of a finger. You can create networks of colored light beams while learning the basics of color combination, reflection and refraction. Beamed supports Apple’s Game Center and is optimized for the Retina Display.

Media Group has announced Vocabulary Power Plus for the New SAT 2010. Based on nclassroom materials used in over 35,000 classrooms nationwide, Vocabulary Power Plus is now available for the iPhone, iPod touch, and iPad. Four lessons are included in the free application with six books of content available via in-app purchase for $3.99 each. In total, more than 6,600 quiz questions are available covering over 1,400 of the most common words on the SAT.

Edmunds.com, an online resource for automotive information, says some of the most popular car-shopping tools of its Web site are now available as a free iPhone app.

PixelMags has launched interactive version 2.0 with both a new in-app, full subscription offering as well as single-issue download capabilities. All PixelMags publications are available through the consumers iTunes account and are accessible with the click of a button. Magazine subscriptions can also be purchased as gifts and subscribers are alerted whenever new issues are available.

ForestKings has introduced Nebula One 1.1, an update of their $9.99 space strategy game for the iPhone, iPod touch and iPad. Users take turns with the app’s virtual players, strategizing their Starfleet, each attempting to conquer planets and defeat enemies in real time, on their choice of maps. Each turn is automatically ended at a specific time, making it necessary for players to think and move fast if they want to win. Users can select up to four virtual players.

Electric Pocket has unveiled MailTones 1.4 for iOS, an update of the $3.99 app that enables iPhone users to change the email alert tone and set different tones for email messages, based on info about the sender or message subject. Version 1.4 offers more tones to choose from and a polished, more professional look with full support for Retina screen displays.

David Foxcroft has rolled out FinalGlide 1.0.0.2, an update of his $9.99 glider pilot tool for iOS devices. It enables users to optimize their flight times between waypoints and to log track data. FinalGlide is customizable, taking the pilot’s info before calculating and displaying data for achieving an optimum flight experience. Data can be modified and downloaded using the app’s web service. There are 90 different types of gliders provisioned for, as well as room for inputting 100 waypoints. 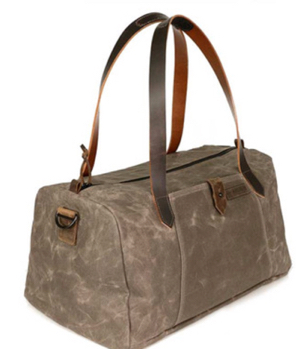