If Apple wants to pull out its big guns and make a serious move with the Apple TV for the living room, here’s their chance. Residential television service customers are notably less satisfied with the cost of service, compared with 2009, according to the J.D. Power and Associates 2010 U.S. Residential Television Service Satisfaction Study (http://www.JDPower.com).

“Despite this decline in satisfaction with cost of service, DVR adoption rates and video-on-demand access have experienced healthy gains,” says Frank Perazzini, director of telecommunications at J.D. Power and Associates. “It’s apparent, however, that TV providers must better communicate their price-value proposition, as customers are increasingly voicing irritation with the amount of their monthly bill. Seventy-four percent of customers who say they definitely or probably will change TV providers in the next year cite price as a major reason to switch.”

The negative impact of the decline in cost of service scores among cable-based providers may also have affected customers’ rates of recommendation regarding their television service providers. Among customers who receive programming from cable providers, 56% say they “definitely will” or “probably will” recommend their provider to others, a decrease of three percentage points from 2009. Seventy-seven percent of satellite-based television customers say the same — a decrease of one percentage point from 2009. In comparison, recommendation rates among customers of telephone company providers remain unchanged from 2009, averaging 84 percent in 2010.

Despite the considerable decline in satisfaction with cost of service, overall customer satisfaction with television service providers remains stable from 2009 and averages 629 in 2010 — a decrease of three points from 632 in 2009.

The study also finds that the number of digital cable customers who subscribe to “basic-only” service has increased to 44% in 2010 from 40% in 2009.

“Economic issues are still major considerations for many households across the country,” said Perazzini. “Customers who are foregoing premium channels are filling the void with video on demand, pay per view, movie rentals and time-shifted DVR content.”

So, Apple, if you can beef up the Apple TV and convince folks it offers a great value, then go for it. And go for it now.

The 2010 U.S. Residential Television Service Satisfaction Study is based on responses from 28,489 U.S. households that evaluated their cable, satellite or telephone company-based provider. The study was fielded in four waves: November 2009 and January 2010, April 2010 and July 2010. 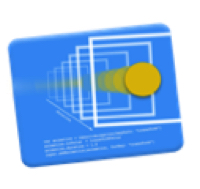