Apple is currently working to expand the iPhone line, and may offer larger and smaller models as soon as early 2011, Kaufman Brothers analyst Shaw Wu has told clients — as reported by “AppleInsider” (http://www.appleinsider.com).

He said his checks with sources in Apple’s overseas supply chain have indicated that the company is working on new iPhone models with both larger and smaller touchscreens. Wu thinks the products could launch in 2011, and on new carriers other than the currently exclusive AT&T.

“Our sources believe these likely represent new high-end and low-end iPhone models to complement its current iPhone 4,” Wu told investors. “One possibility we are picking up is a “mini” or “nano” iPhone with a smaller candybar form factor leveraging technology in its new mini touchscreen iPod nano.”

The analysts thinks the new phones could become available on U.S. carriers other than AT&T, including Verizon, T-Mobile and/or Sprint. When? In early to mid 2011. 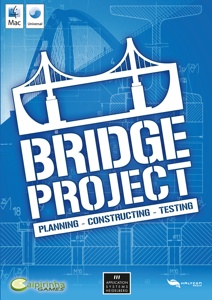 Bridge Project coming to the Mac