Brian White of Ticonderoga Securities issued an in-depth 85-page note on Apple to analysts Monday — as reported by “AppleInsider” (http://www.appleinsider.com) and initiated coverage of Apple stock with a $430 12-month price target.

“We believe Apple is still in the early stages of capitalizing on the trend toward a digital lifestyle, while transforming itself to seize large opportunities in the enterprise market, advertising (i.e. mobile, TV, etc.), “cloud computing and social networking,” White wrote.

The success of the iPhone, iPod and iPad will also drive sales of MacBooks and the iMac as well. White forecasts Mac sales reaching 13.7 million this fiscal year, and increasing to 15.5 million in 2011. 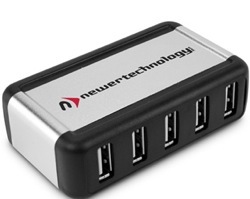