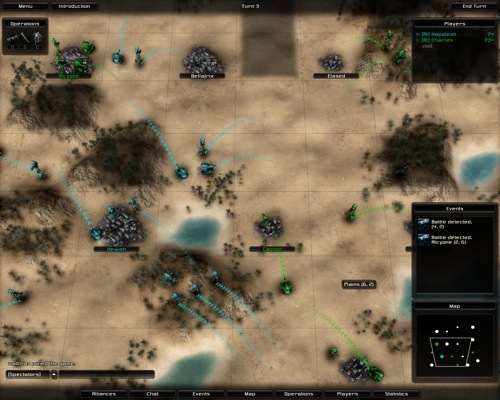 Proxy Studios, a small independent games developer, says their debut title, Conquest: Divide and Conquer (http://www.conquest-game.com), will be released on Saturday, Oct. 2, for Mac OS X, Windows and Linux systems. It costs US$15, though you can pre-order it today for an additional 33% discount.

Here’s how the game is described: “Conquest: Divide and Conquer is a unique spin on the turn-based strategy genre, offering fast, simultaneous turn-based online multiplayer gameplay instead of multiple-hour long games of research and building.

“Proxy Studios has built the game from ground up to be intuitive, balanced and deep, with a strong random map generator that offers unlimited experiences. A new trailer showcasing recent gameplay is now available. Players are invited to try the free multiplayer demo to launch along with the game’s release. Both paying and demo customers will be able to play against each other with certain restrictions. For more information visit Proxy Studios online.”