What should Apple do with Final Cut Pro?

In February it was announced that Apple had cut some staff working on its Final Cut video editing software suite. Some folks took it as a bad sign, that Apple was ignoring the software — indeed, all its pro level software – to focus on consumer products (specifically, iOS devices). So what should Apple do with Final Cut Pro?

February’s cuts could represent the end of an upgrade development cycle, as the next version upgrade of Final Cut could already be in preparation. Or it could be a bad sign for Final Cut Pro.

Philip Hodgetts, president of Intelligent Assistance, feels that Apple isn’t abandoning the software, and I think he’s right. Hodgetts feels Apple is planning an update that will “see Apple at least catching up to its competitors with 64-bit nativity, 4K and larger timeline support; native support for media that currently has to be transcoded or rewrapped into a QuickTime container, the ability to use all the processor cores to their fullest and better media and metadata management.

“My fondest hope is that Apple has taken the time to re-imagine Final Cut Pro and a NLE interface in general,” Hodgetts says. “Reality is that not every technology in the Apple arsenal could be added to Final Cut Pro and the other Pro Apps immediately.”

You can read his entire discourse on the matter at http://www.philiphodgetts.com/2010/09/what-should-apple-do-with-final-cut-pro/ . As for me, I think — or maybe I’m merely hoping — that 2011 will see a renewed focus by Apple on pro apps, Mac OS X and the Mac in general. 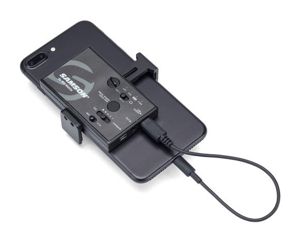