In a note to clients — as reported by “Barron’s (http://blogs.barrons.com/techtraderdaily/2010/09/30/apple-stifel-repeats-buy-rating-ups-tgt-to-360-from-350/?mod=yahoobarrons), Stifel Nicolas analyst Doug Reid today repeats his Buy rating on Apple, boosting his price target on the stock to $360, from $350. He gave three reasons for the higher estimates and target:

° Checks find iPad and iPod shipments are tracking ahead of prior estimates.

° Higher shipment assumptions for iPhone based on strong data from China and favorable channel checks in the U.S. and Europe. 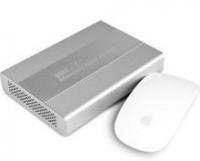