The Pew Research people have confirmed what everyone in the tech news industry already knew: Apple hogs the tech news space. Mainstream news commonly has stories about Apple products or goings on. As Apple has risen in the last few months to be the second most highly valued company in the world, every peep out of Steve Jobs’ mouth has been tech head lines.

According to the research on the amount of press different companies get, Apple leads the pack by a wide margin. Google comes in second, with Microsoft getting only one-fifth the press space as Apple. Further, most of the Apple news has been positive. Even when “Antennagate” blew up, the press was still pretty forgiving and covered the news on the issue with breathless anticipation.  The entire time, Apple was selling the iPhone 4 as faster than they could make them.

The reasons why Apple is so interesting are many. First of all, the secrecy at Cupertino is legendary. It is human nature to wonder what is going on in the skunk works of electronics companies. “Skunk works” comes from the secret world of military research. Just the fact that information (and speculation) about what Apple has not yet released is news in and of itself.

Secondly, Apple sets the stage for the entire industry and every day of lead time in countering or matching what Steve’s crew is up to is huge. People who complain that Apple is so secretive don’t understand the implications of unreleased product information getting out. Knock-off companies with “me too products” shorten the life cycle of Apples’s new products. The longer Apple can keep the world in the dark about what is coming, the longer they can profit from their innovation.

Apple is not into releasing vaporware. Microsoft advertises unreleased products long before they are fully developed. It is sort of a sad struggle to remain relevant in the face of repeated failures in the marketplace, I suppose. The “too little, too late” Windows Mobile 7 vaporware is a classic example. Microsoft has been so late getting it out cell phone manufactures gave up on them and went to Google’s Android platform.

While we may know Apple is planning to release something a month or even longer in advance, they don’t blow all the information beforehand, so there is something revolutionary for we Apple news writers to write about when the product actually launches. Microsoft oversells unlaunched products while Apple undersells unlaunched products. Normally there are good reasons Apple announces things not quite ready for shipping. Sometimes public regulatory filings, which can’t be avoided, are coming, and Steve wants to be the one to announce the product himself rather than it coming out other ways.

In other matters, the latest on the Stuxnet worm in Iran is quite interesting and somewhat predictable. Contradictory statements from Iranian sources, sort of “rubbed together,” likely tell the true story. The official line is that the Windows worm problem is under control and everything is just fine in Iran, thank you. The other line is one of increasing desperation and helplessness in the face of an industrial melt-down of unprecedented proportions.

The Stuxnet worm continues to mutate and send classified information out of the country every chance it gets. The second a computer or server is hooked up to the Internet to upload virus deleting software, the port is clogged with outgoing encrypted data going to somewhere out of the country. Use a thumb drive? That’s likely were the worm came from it the first place.

While more or less “official estimates” of computers and servers that are known to be infected are 3,000 or so — or 30,000 to 45,000 — the unofficial and more believable count is more in the millions. The virus detection and deletion software they first tried seems to tick the virus off, and it then mutates and does even more damage. The infection has spread well beyond the boundaries of Iran, but it seems to lay dormant everywhere else. Who ever heard of a worm that does more damage if you even try to delete it?

Military command centers, nuclear weapons development facilities and industrial control centers are the hardest hit. Iran has offered large sums to anyone who can provide the “silver bullet” to render the worm dead. So far, many experts are unwilling to even go to Iran for fear of the reputation Iran has around the world. The Iranians are also afraid of “letting the fox into the hen house” by letting in the very experts able to write the worm in the first place. What is becoming clear is that local experts are stumped. This is one very complicated problem.

Iran hates to even give information out as to the specific changes to the German “Supervisory Control and Data Acquisition Software” that they have made. It is the exact “flavor” of that industrial control software that turns the worm on. Someone got a copy of the Iranian version of the industrial control software (used all over the world in its original form) and used part of the unique code to trigger the worm’s nasty effects. Secrecy in Iran is now hurting development of a cure for the problem. Some very clever software authors are enjoying their handiwork and continue tweaking it remotely to mutate to evade detection and help it hide.

The Iranians have come to the conclusion that this is not a short term problem and they may never be fully rid of the worm. The silver bullet may not be forthcoming any time soon. That’s Greg’s Bite for today. 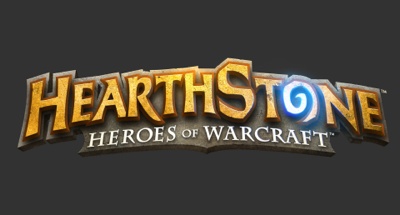