Big Brother is watching — and wants to watch more

I want to see terrorism fought as much as anyone, but where do we draw the line when it comes to our personal privacy. In yet another example of the federal government wanting more power, the Obama administration is developing plans that would require all Internet-based communication services — such as encrypted BlackBerry e-mail, Facebook, and Skype — to be capable of complying with federal wiretap orders, reports “Fox News” (http://www.foxnews.com/politics/2010/09/27/seeking-expand-internet-wiretaps/).

According to a report published Monday by “The New York Times,” national security officials and federal law enforcement argue their ability to eavesdrop on terror suspects is increasingly “going dark” as more communication takes place via Internet services, rather than by traditional telephone. The bill, which the White House plans to deliver to Congress next year, would require communication service providers be technically capable of intercepting and decrypting messages, raising serious privacy concerns, the “Times” said.

The proposal has “huge implications” and poses a test to the “fundamental elements of the Internet revolution,” vice president of the Center for Democracy and Technology, James Dempsey, told the newspaper. “They basically want to turn back the clock and make Internet services function the way that the telephone system used to function,” he said.

Officials argue that without new regulations their ability to prevent attacks could be hindered.
“We’re not talking expanding authority,” FBI general counsel Valerie Caproni told the “Times.” “We’re talking about preserving our ability to execute our existing authority in order to protect the public safety and national security.”

Internet and phone networks are already required to have eavesdropping abilities thanks to a 1994 law called the Communications Assistance to Law Enforcement Act. However, the mandate doesn’t apply to communication service providers.

Do I have anything on my Mac or iPad that would incriminate me? No. But that doesn’t mean I want Uncle Sam to have access to my every thought and file. I understand that the new bill doesn’t make that happen, but what’s next? The scary fact is that there’s no way to stop evil people from plotting against other people. I still believe most folks are decent people who don’t want to hurt others. But the nut jobs out there ruin things for the rest of us.

The Fourth Amendment to the U.S. Constitution explicitly protects “[t]he right of the people to be secure in their persons, houses, papers, and effects, against unreasonable searches and seizures.” The U.S. Supreme Court has consistently found that surveillance is comparable to a search and that it therefore ordinarily requires the subject’s consent or a valid warrant. Unfortunately, Uncle Sam doesn’t always pay attention to what the U.S. Supreme Court says. Or at least doesn’t like it.

The question is: where do we want to draw the line in protecting our privacy vs. national security needs? And there has to be a line or else we become the enemy we’re trying to protect ourselves from. 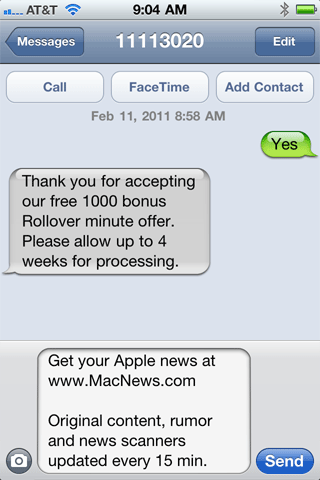 Over 650 million households worldwide will have broadband this year