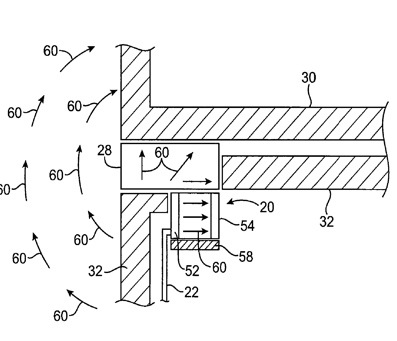 Apple has been granted a patent (number 7,804,453) for antennas for wireless devices. The invention relates to antennas, and more particularly, to dielectric antenna windows that allow antennas to operate from within electronic devices such as laptop computers.

Antenna window structures and antennas are provided for electronic devices. The electronic devices may be laptop computers or other devices that have conductive housings. Antenna windows can be formed from dielectric members. The dielectric members can have elastomeric properties. An antenna may be mounted inside a conductive housing beneath a dielectric member. The antenna can be formed from a parallel plate waveguide structure. The parallel plate waveguide structure may have a ground plate and a radiator plate and may have dielectric material between the ground and radiator plates.

The ground plate can have a primary ground plate portion and a ground strip. The ground strip may reflect radio-frequency signals so that they travel through the dielectric member. The antenna may handle radio-frequency antenna signals in one or more communications bands. The radio-frequency antenna signals pass through the dielectric member. The inventors are Bing Chiang, Douglas Blake Kough, Enrique Ayala Vazquez, Eduarado Lopez Camacho and Gregory Allen Springer.

“To satisfy consumer demand for small form factor wireless devices, manufacturers are continually striving to reduce the size of components that are used in these devices. For example, manufacturers have made attempts to miniaturize the antennas used in portable electronic devices.

“The antenna windows can be formed from members such as dielectric spacers and dielectric gaskets, as an example. The antenna windows can be formed from materials with elastomeric properties in addition to dielectric properties. For example, the electronic device may be a laptop computer with two conductive housing portions that are hinged together and that open and close in a clamshell motion. In this type of arrangement, there may be one or more dielectric members (e.g., trim beads) along the perimeter (or along a portion of the perimeter) of at least one of the conductive housing portions. The dielectric members can be used to protect the laptop computer from damage when the laptop is closed (e.g., by preventing the two housing portions from directly contacting each other). 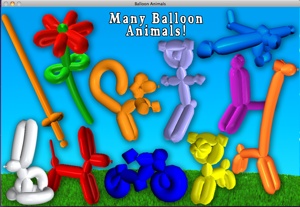 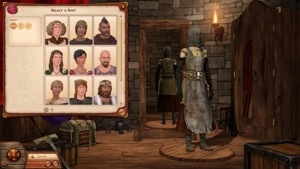