Electric Pocket’s new (and free) Nag app for iPhone offers a simple control screen for setting a quick reminder for yourself. Tapping on a single button sets a nagging alarm that will jog your memory over and over. Nag’s controls let you press a single button to set an alarm at the top of the hour, or at a set time away — such as in five minutes, or an hour from now. If you want to fine-tune the alarm time, then simply press the time buttons again to add to the elapsed time.

Gamincom has announced Luminou 1.0 for iOS devices. Designed for little ones who are afraid on the dark, the US$1.99 app offers a choice of 10 plush toys that glow in the dark, and shuts down gradually depending on the length of your choice. You can also choose from 10 musical themes to create a subtle and soothing musical environment.

Apalon has launched What Country 1.0 for the iPhone and iPod touch, a $0.99 app that offers a virtual tour around the world revealing information about countries. The world diversity is presented through the collection of photos and facts attached to an interactive world map. Users can rate photos they like, add them to Favorites and upload their own pictures complementing them with background information.

Detroit Media Partnership has announced new applications for both The Detroit News and Detroit Free Press for use on iPhone, BlackBerry and Android mobile phones.  These free apps, sponsored by the Southeast Michigan Ford Dealers, give users the latest news, sports, business and entertainment headlines.

SortaPrecision Technologies has unleashed Monsters Love Gum 1.0 for iPad. The $2.99 game takes the traditional Hungry, Hungry Hippos, and adds a dose of steroids. Up to four players fight for monster supremacy as they unleash bombs, stuns and hammers and kamikaze pigeons in the quest for GUM.

Tecca, a newly-launched company with backing from a digital media fund established by Best Buy and Fuse Capital, has announced unveiled the free Tecca personal electronics shopping and information service. Tecca combines product information, pricing, and knowledge, with direct shopping access to the top seller-rated online electronics retailers in a single digital marketplace. The Tecca mobile app is available today for the iPhone and iPod touch, with mobile web, computer, and tablet versions set to launch this fall.

Viking Funeral for iPhone and iPod touch is a new trajectory game. Simply launch one of three modes — Battle, Target or Versus — and take aim at either Viking enemies or opponents over Bluetooth/WiFi in “Versus” mode. Flick the screen to shoot boulders and tilt to move.

EmirBytes has rolled out iHueSplash 1.0 for the iPhone and iPod touch. It lets you change the hue of the selected colors of an object in your photos. There’s a $0.99 standard version and a $1.99 pro version that has the ability to select six target colors, adjust colors individually and more.

Brainium Studios has announced Jumbline 2, the sequel to the $1.99 anagram title for the iPhone and iPod touch. The new version offers a fresh look with high definition graphics, two original games and more.

Codeminion has released Bayo Bongo 1.4, an update of their $2.99 puzzle game for iOS devices. It boasts 15 increasingly challenging levels in over five stages. The objective in Bayo Bongo is to gather golden coins by bringing them to the bottom of the game field filled with multicolor domino-like tiles.

Pi’ikea St. has launched Interactive Alphabet 1.5, an update to their $2.99 learning game for iOS devices. It’s designed to take alphabet learning for babies, toddlers, and pre-schoolers to the next level by offering a high level of interactivity with the letters of the alphabet.

Phonitive has unveiled RingBuilder 1.1, an update of the $0.99 app for the iPhone 3G, 3GS and iPhone 4 to create and install custom ringtones using W-iFi sync. It allows you to listen to the music from your iPod and transform it into your new ringtone at the same time. RingBuilder lets you name your new ringtones, create your own custom ringtone library and share your personal ringtones with friends via BUMP.

Pingify Network is offering Ping Me! 1.1.4 for iOS devices. Through the company’s Personal Internet Notification Gateway, the $0.99 app allows users to request only useful data from Craigslist and get relevant results in real-time.

Pi Cubed version 2.0 ($9.99) is out and adds an iPad interface to the existing iPhone/iPod touch visual math application. This new interface takes advantage of the iPad’s greater screen real estate to make it easier to typeset and evaluate equations as if they were written on a piece of paper. This new version also adds undo/redo capabilities throughout and new mathematical operators to aid students, engineers, or other users as they perform math on the go.

Veenix has rolled out Quick-Tunes 2.0 for the iPhone and iPod touch. The $0.99 app packs a variety of music player features. Quick-Tunes starts playing music from the user’s music collection on launch. A large, luminous Quick-More dial offers further quick and solutions to hear more from the currently playing artist, album, genre or a random selection of music.

PhatWare has announced WritePad 4.3, an update to their note taking and handwriting recognition software for iPads and iPhones. The new version features improved Twitter client with search, full synchronization of WritePad documents with Dropbox, seven color themes, the ability to obtain the current location address and contact information, and a superior handwriting recognition engine. WritePad for iPad is priced at $9.99, while the iPhone edition is $3.99. 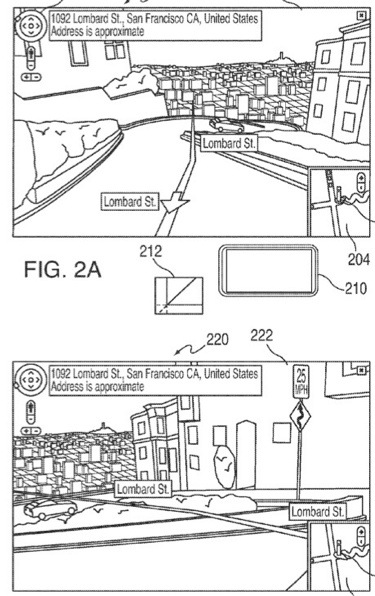