These updates are available free from the Apple App Store, and include enhancements for creating PDFs, sharing databases via email, and inserting photos in databases. Users can now produce PDFs directly from FileMaker Go and either save them on their mobile devices or email them. This feature lets mobile users save and distribute reports, create invoices, and share project status directly from their iPad or iPhone.

Another enhancement is the ability to save a copy of a complete database and email it directly from FileMaker Go. With this feature, iPhone and iPad users can exchange databases from their devices without needing to dock with a desktop or laptop.

The update also delivers new ways to work more efficiently with photos and other media and information, says Ryan Rosenberg, vice president of marketing and services for FileMaker, Inc. FileMaker Go users can capture photos on an iPhone, or take photos that are already in the photo library of an iPhone or iPad, and insert them directly into a FileMaker Go database. Photos stored in a database can be emailed out later using FileMaker Go.

Other file types, such as spreadsheets, can be emailed directly from FileMaker Go. Also new is the ability for FileMaker Go users to import records from local or hosted FileMaker databases using script steps.

iOS app developers may take advantage of the newly enhanced URL protocol from FileMaker for calling FileMaker Go. Using the URL protocol, developers can now specify a FileMaker Pro script and script parameters. This allows developers of commercial and in-house iOS applications to extend FileMaker Go databases and provide a spectrum of solutions such as bar code scanning, says Rosenberg. 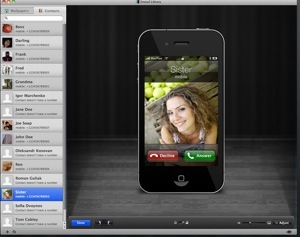 Apple could become the largest company in the US