DEVONtechnologies (http://www.devon-technologies.com) has updated all editions of its information manager, DEVONthink, and its note-taking application, DEVONnote, to version 2.0.4.

The new releases of DEVONthink and DEVONnote have been prepared to work with the upcoming DEVONthink To Go for the iPhone, iPad, and iPod touch, as well as with DEVONagent 2.5. DEVONthink To Go lets users take their data with them on their device and add new documents on the go.

In addition, DEVONthink Pro Office 2.0.4 comes with a new “Import, OCR, and delet”‘ folder action for easy integration of e.g. network scanners, improves the reliability of the built-in text recognition, and improves the integration with DEVONagent 2.5, which is about to be released later this year.

DEVONthink Pro and Pro Office 2.0.4 allow the user to add reminders for documents to Hog Bay Software’s Task Paper and connect to Third Street Software’s Sente 6.0 through an updated smart template. Many other templates, e.g. the Annotation smart template, as well as a number of scripts have been overhauled and improved, too. DEVONthink Pro’s scripts work again with the most recent version of the popular Firefox web browser.

A new “Add to DEVONthink”service lets users send files, bookmarks, and images to DEVONthink from the Finder’s contextual menu. Documents that have been indexed but not been imported can now be consolidated into the database. All editions of DEVONthink now include and install the latest extensions for Safari 5 and Firefox.

In addition, DEVONthink Personal inherits DEVONthink Pro’s “Install Add-Ons” panel to install both browser extensions and PDF services. The send by email and take note functionalities have been completely rewritten for stability, performance, and usability.

DEVONthink Pro and Pro Office 2.0, DEVONthink Personal 2.0, and DEVONnote 2.0 require Mac OS X 10.5 or later and can be downloaded as free trial versions. DEVONthink and DEVONnote can be test-driven for free for 150 hours of non-continuous runtime until they need to be properly licensed.

DEVONthink To Go for iPhone, iPad, and iPod touch will be available soon on the Apple App Store for an introductory price of US$14.99.

“Make Your Own Commercial Contest” 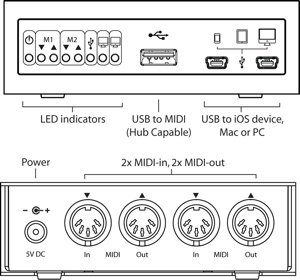